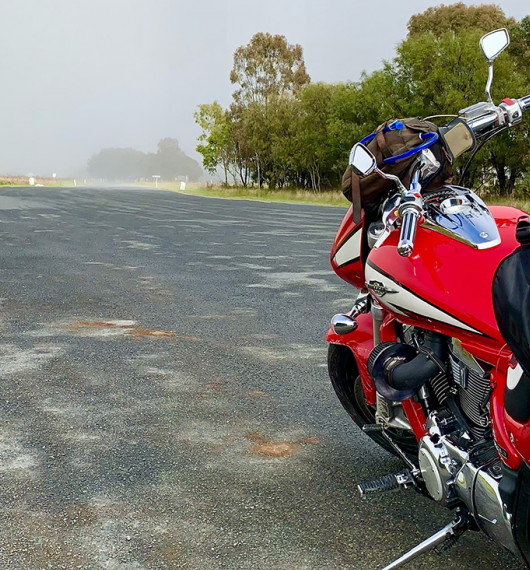 To Name or Not to Name

A piece of machinery is an inanimate object, right… metal, moving parts, other lifeless materials thrown into the mix for good measure… or is it?

Prior to my Wide Glide none of my bikes had names; blimey it’s a bike for goodness sakes! Rubber, metal, fluids. Means to get me from one place to another, in a cool and oh-so-much-fun way.

Nowadays is an entirely eccentric era to when I owned bikes back from the early ‘80s. People I ride with now, have named their bikes… I used to giggle about that and thought it was pretty weird, but hey, each to their own…

I was constantly asked, what’s she/he called… and I’d say it’s a Wide Glide, or a cruiser or just a Harley… but after a while, I thought ahhh stuff it… I’ll name the damn thing just to have something to say.

Me being me though, I struggle to do things by halves and if I needed to go through the process of naming a hunk of machinery, it had to mean something, coz Black Bike just sounded inane.

While riding over the next few weeks, I noticed what it did, the responses to different scenarios… and more importantly, how I felt about riding it… what was it about this bike I liked and what did I expect from it?

The timing was around a toxic work life, a transformation stage for me, also the recent death of a beautiful soul… a mate known from my 1980 high school days, who’d introduced me to The Police… the band, not the law… 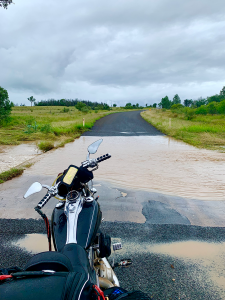 I remember Roxanne, from their hit single, painted on his car bonnet… so my thoughts were about him, how utterly unique he was, also about the song, who I am and what I aspire, etc.

The name Roxanne, kept coming at me, having nothing to prove to anyone… a survivor, no matter what and this bike with such a feisty attitude needed a strong name to also reflect those characteristics.

Roxanne: individualistic, pioneering, bold, independent, self-confident, action oriented, natural leader, strong willed, enthusiastic, brave and innovative… and each one of those descriptions I can say I can tick off with my Roxanne… this determined, two wheeled bitch has carried me safely, though quite wildly at times, over 100,000km and I swear she just takes control when I’ve gone holy frickin’ shit I’m in trouble!!

To be at one with the bike, especially in a predicament in the middle of whoop-whoop is paramount… I’ll talk things through, give myself encouragement and mentally will the bike to get me to my destination unscathed. After a real close call, I have often patted Roxanne and said, well done, or phew, that was a close one, etc. 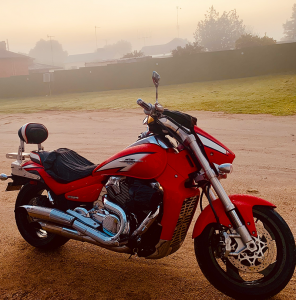 Yeah-nah, that certainly doesn’t describe Roxanne at all nor what she’s handled over the previous five years… don’t think that would describe how you feel about your bikes either.

I reckon many of you would agree… they take on an individual character.

Fast forward to August 2022 and with some funds my dad left me, after he passed in January 2021, I’ve bought another bike; a Suzuki M109 and just looking at it, I know there’s nothing inanimate about this one either. 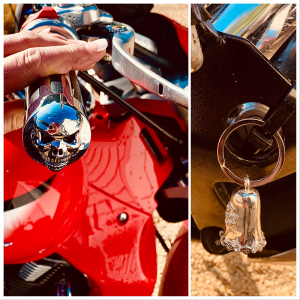 My dad loved to reminisce about his riding days, especially on his BSA Gold Flash, so I thought appropriate use of funds… this way I can take him with me on all the rides he missed out on.

This M109, is very pretty and looks feminine; it reminds me of lipstick, though I don’t want a name just about appearances… that’s too impersonal for me.

I needed to suss out the personality… before naming it.

I flew from Melbourne to Brisbane to ride it back; my reasoning being the 1,500km or so would bond us or she’d be getting sold when I got back to Victoria. I’ve ridden a large Boulevard before, the tourer version, C109, up and down the Gillies Range in Far North Queensland for work each day, 263 corners, 800m elevation within 19km… no mean feat… so aware this M109 would be similar in weight and handling.

Heavy, solid, colourful, powerful, brave, has a bit of backchat, pretty to the eye, sassy… I feel she may have a bit of preciousness princess in her, which is ok; if she does what she’s told, responding to my commands under pressure, we’ll get along just fine.

She will be getting a lot of tough kilometres put on her, through the outback, as a trip around Aussie is being planned for next year.

Since owning Roxanne, my whole life went through a huge upheaval… some good some unbelievably shite… lots of positive development; wouldn’t have got through it without her.

Surviving those changes, meant a lot of delving deeper into where I’m from, ancestry, the meaning of family and friendships, realising what is more important in life and how to keep my head high, no matter how low times can feel. 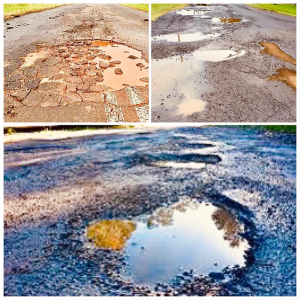 In a different mindset now, into unprecedented times, so need to reflect that when naming this M109, considering the bike’s characteristics and what’s expected of her role as my ride.

Over the 1,500km, between Queensland and Victoria, we had some moments when the preciousness surfaced, as if it was all too much and there were emphatically choice words yelled to her about her back-chatting. 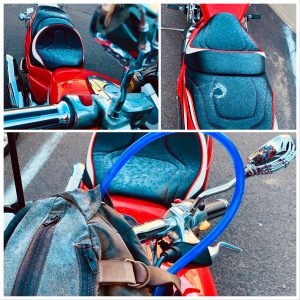 But to her credit, she braved about 500km of eroded, bitumenless roads, endured frost under the stars, snow by the roadside, some floodway crossings, horrendous amount of slippery roadworks, skirted bike-swallowing craters and survived a fall, damaging only the clutch lever.

Through that we bonded and she’s earned a name, which I feel describes her, as well as satisfying my need for significant symbology.

My ancestry is Māori/Irish, so I wanted something to also reflect that, as I continue to delve further into discovery of my whānau… 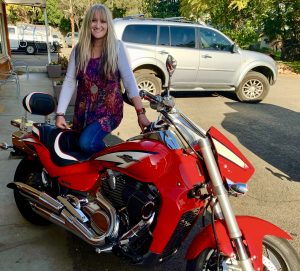 Ārona  a name of Māori origins, meaning colourful, which I’ve taken in this context, not only visually but in character: possessing prominent and varied colours, interesting, multifaceted, energetic and distinctive. She is all that… and more.

Bria a strong name for an Irish lass meaning power, strength and vigour.

She’s definitely growing on me…

We’d love to hear about how you’ve come up with the names for your bikes… send us in your stories and pics and share them here, with Madam Rider xx