Sly and a self-care plan

Maria, from the Taranaki Region, has the most stunning Candy Apple Green, 2012 Harley Davidson FLSTF Fat Boy that you’re ever likely to come across… he’s a definite head-turner. 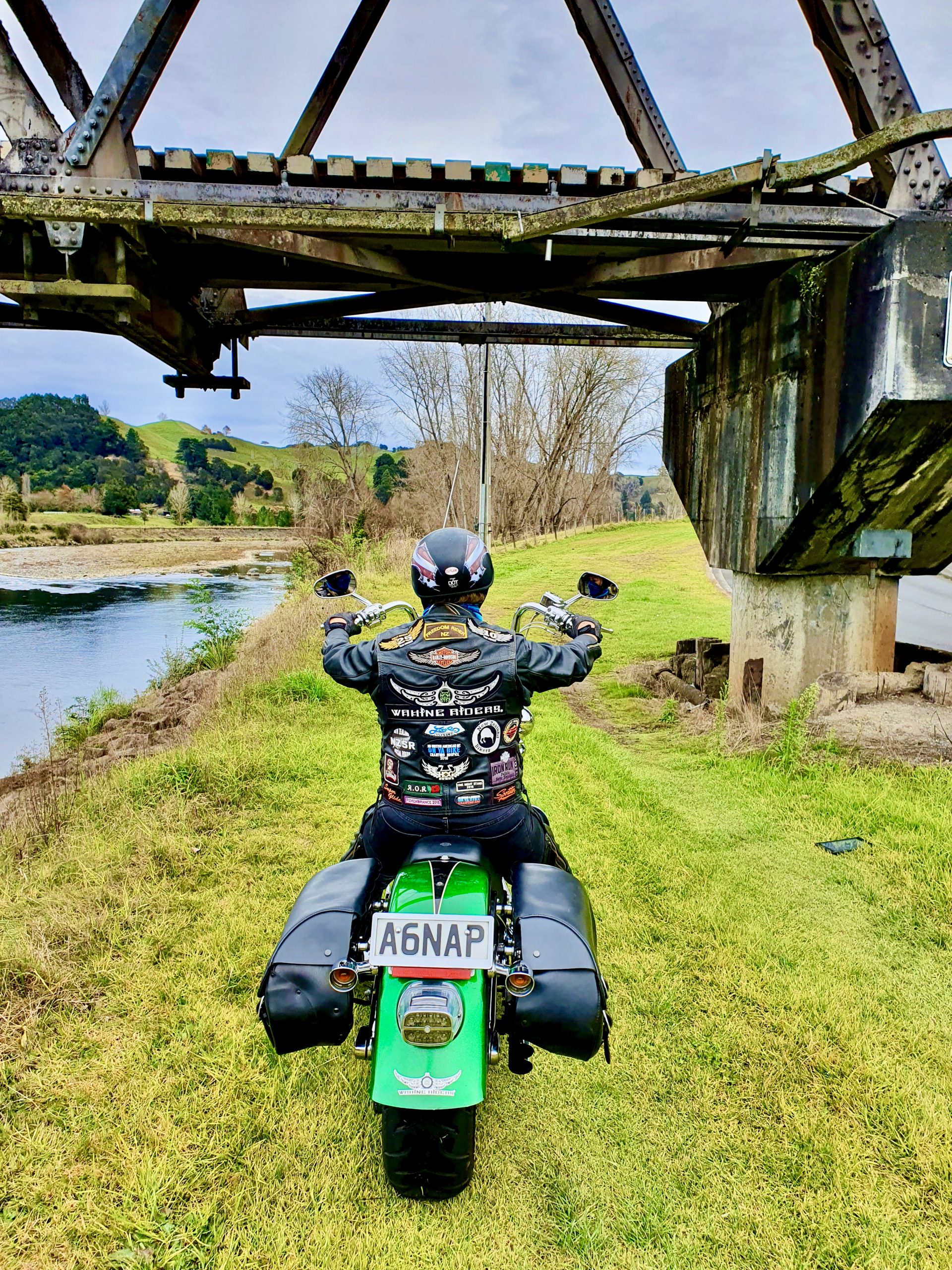 The standard 2012 Fat Boy has fat tyres… front and rear, fat fender, fat bars and overall a fat stance. It boasts a black powder-coated and chromed, counter-balanced Twin Cam 96B™ 1690 cc, air-cooled engine and the original, fat custom icon has a burly demeanour that others have tried to imitate, unsuccessfully, for years. However, there’s not much standard about this brute… and there’s certainly no imitation of this bold and powerful heavyweight, anywhere within cooee. 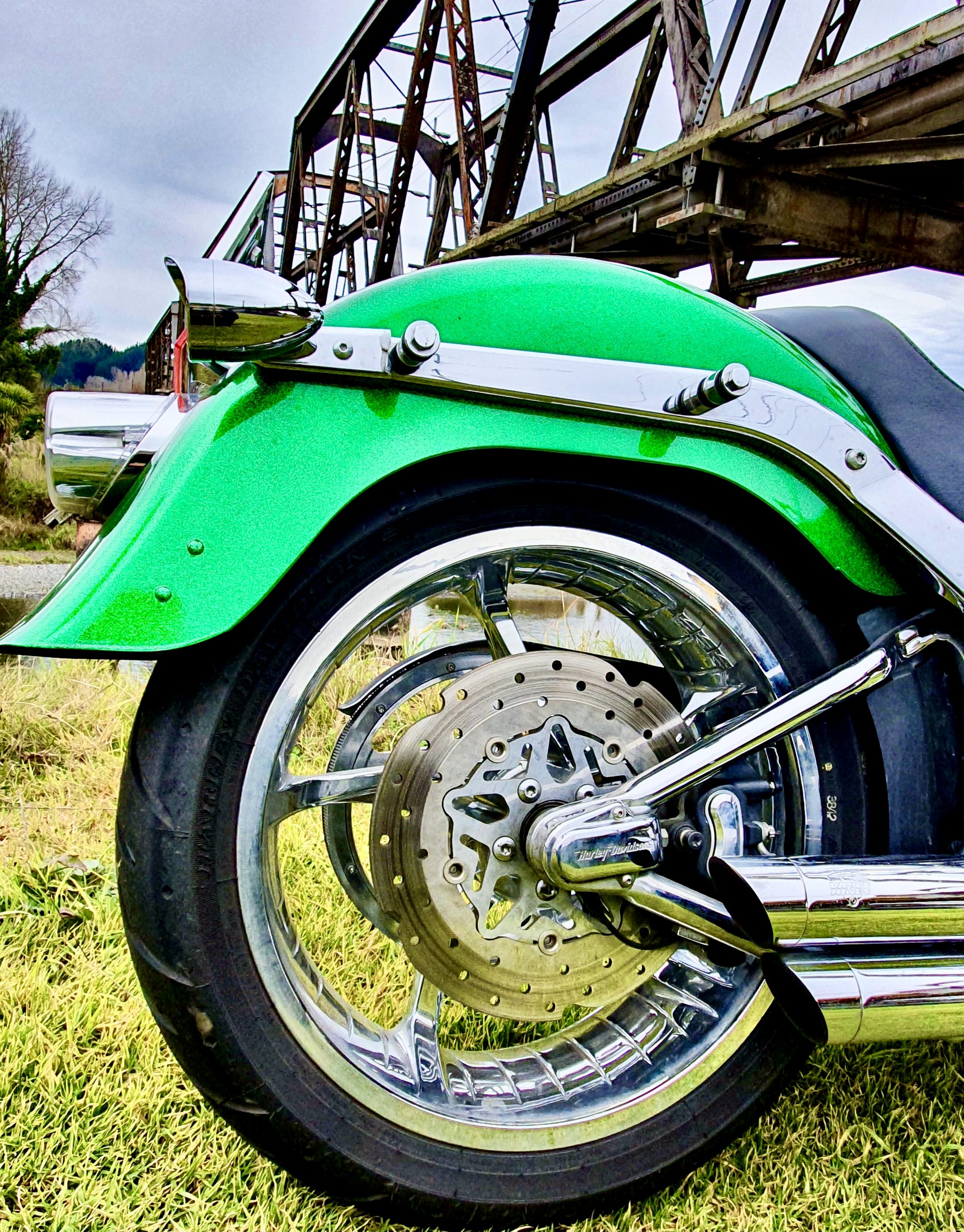 Aptly named Sly, after Sly Stallone played Maria’s movie-hero character, Rambo, in First Blood. When Sly is full of fuel and oils, he weighs in at a solid 330 kg. He’s had a bit of work done to his innards, beefed up with a Stage 4 kit to a very fit and powerful 117 hp; in conjunction with his bold, bright and glittering colour, his wide stance, this eye-catcher not only looks sexy as hell, but verifiably goes like the clappers… making a powerful statement, wherever he goes. 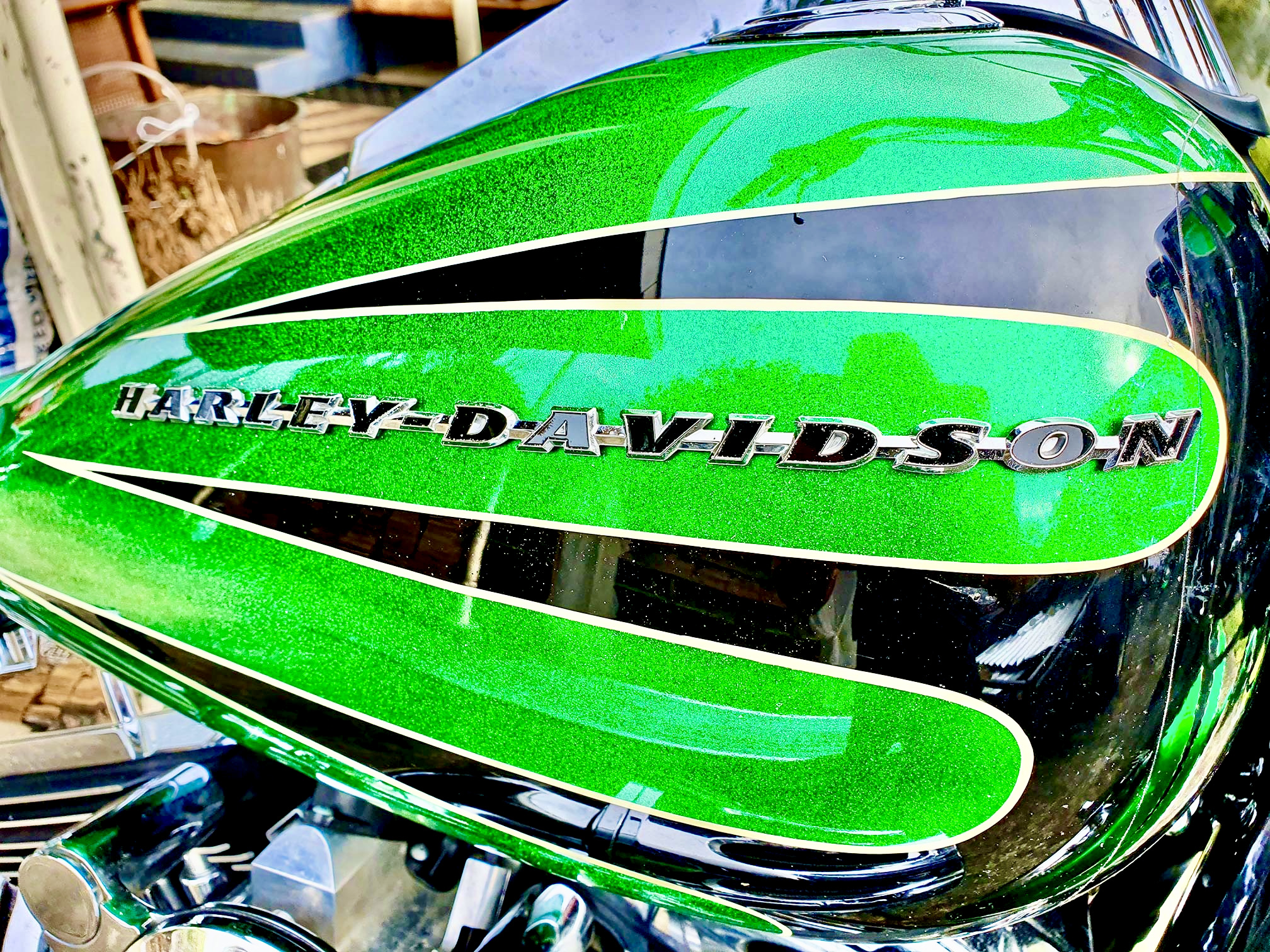 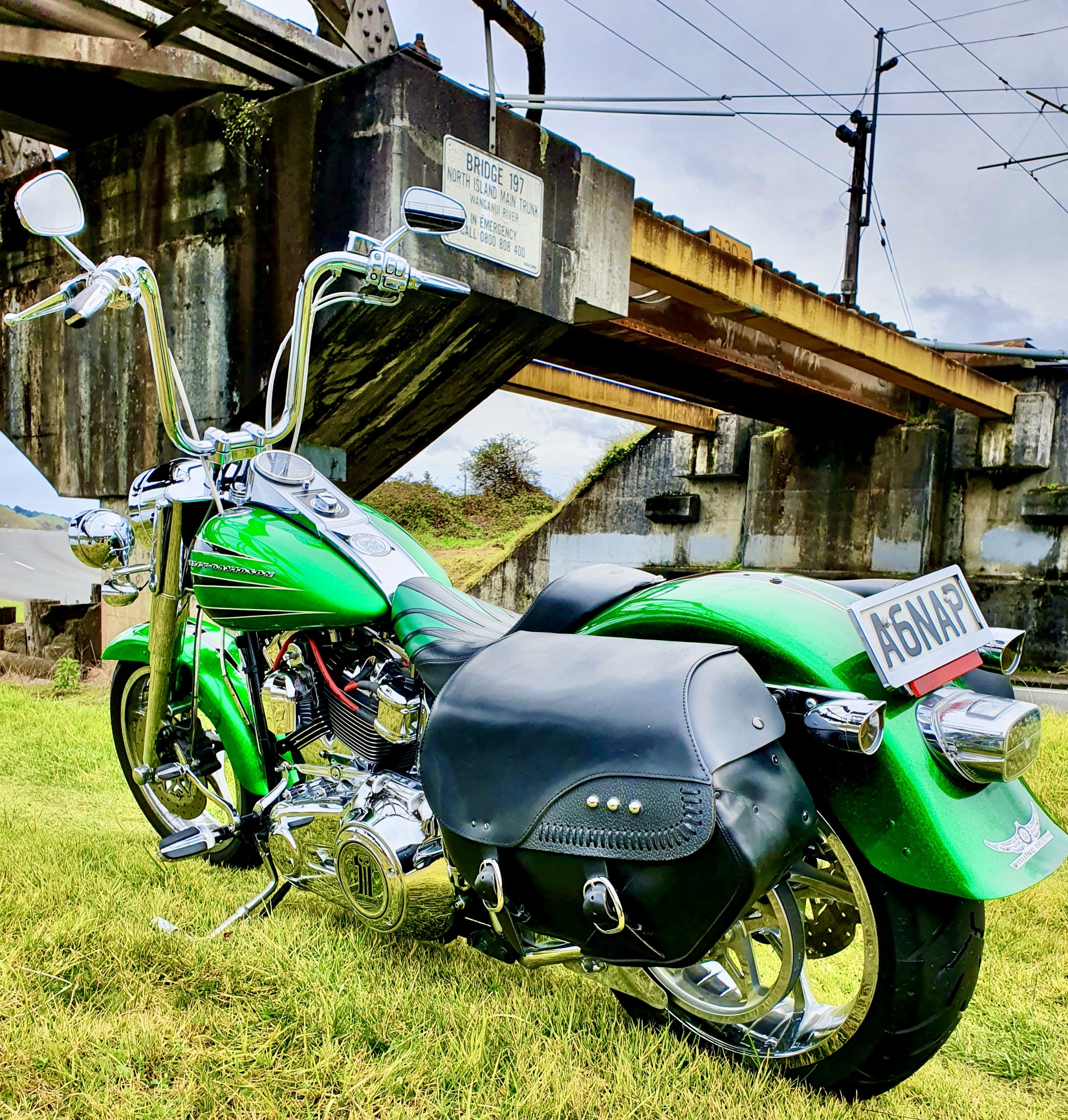 Maria fell in love with motorcycles when she was 11, riding with her cousin who had a farm bike, but her family wouldn’t allow her to get one for herself; a four-legged, grass-munchin’ horse being the compromise over the steel, petrol guzzling, two-wheeled variety. As soon as she turned 15, Maria became licensed for motorcycle and car and at that tender age she was zapping about on a motor-scooter around the city streets of Auckland. 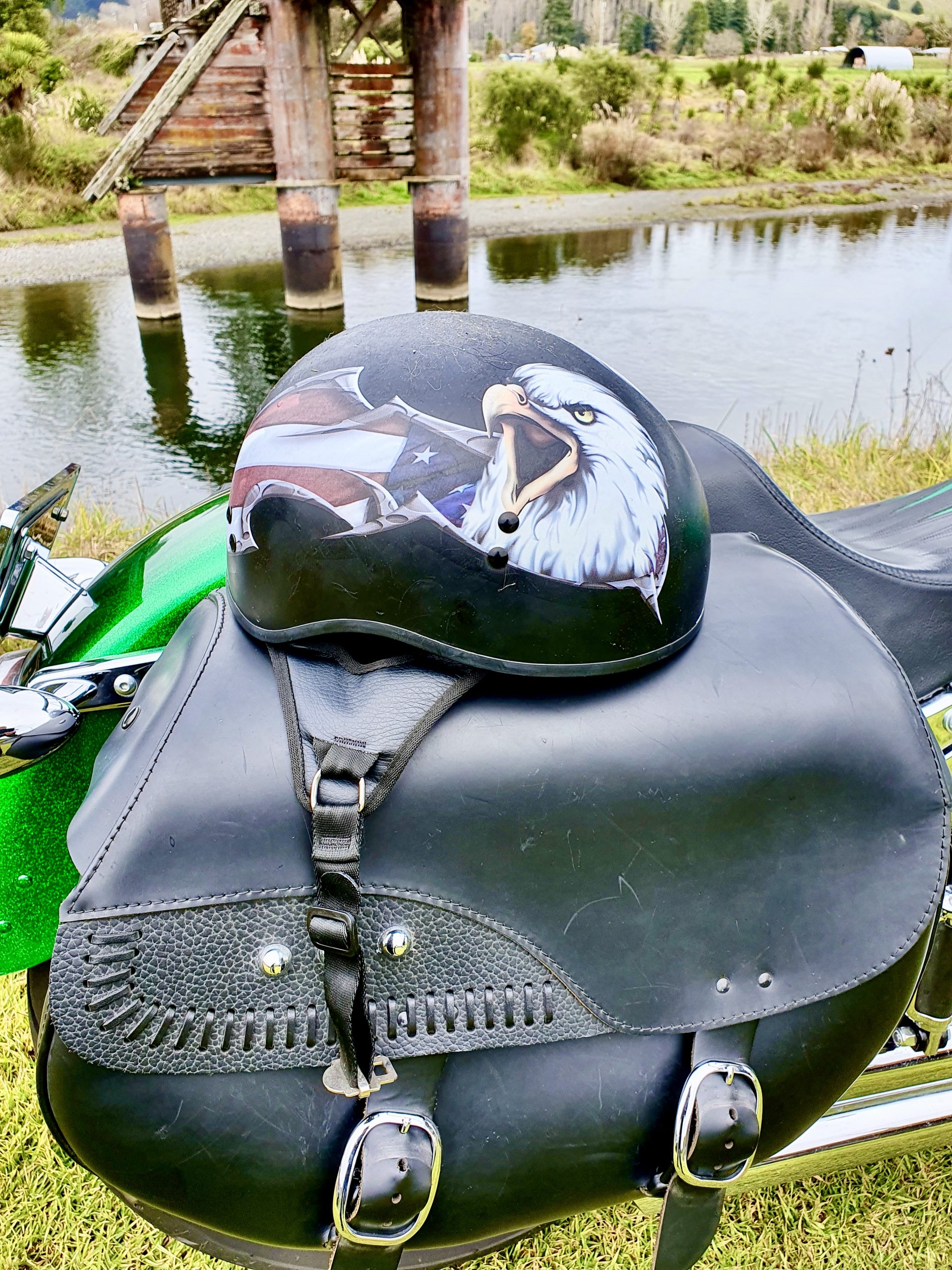 Maria’s had a few bikes since, a Triumph Daytona 500, when her kids were little, a 1200 Sporty in ’94 and a beautiful Super Glide. In 2019 she had an accident crashing the Super Glide doing a fair bit of damage to Maria, breaking neck, foot and arm and writing off her bike. Undetermined however, she knew she needed to get back on the horse or she’d lose her nerve for good. 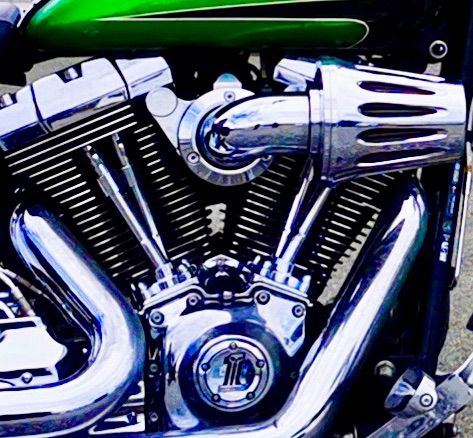 While healing from her injuries, Maria spied an advert on Trade Me and saw this Fat Boy from Dunedin, was looking for a new home. Determined to get a newer bike with attitude, it was totally love at first sight; she just knew he had to be hers! She flew down, to suss him out, test-riding as the pillion and by the day’s end, Sly was hers. 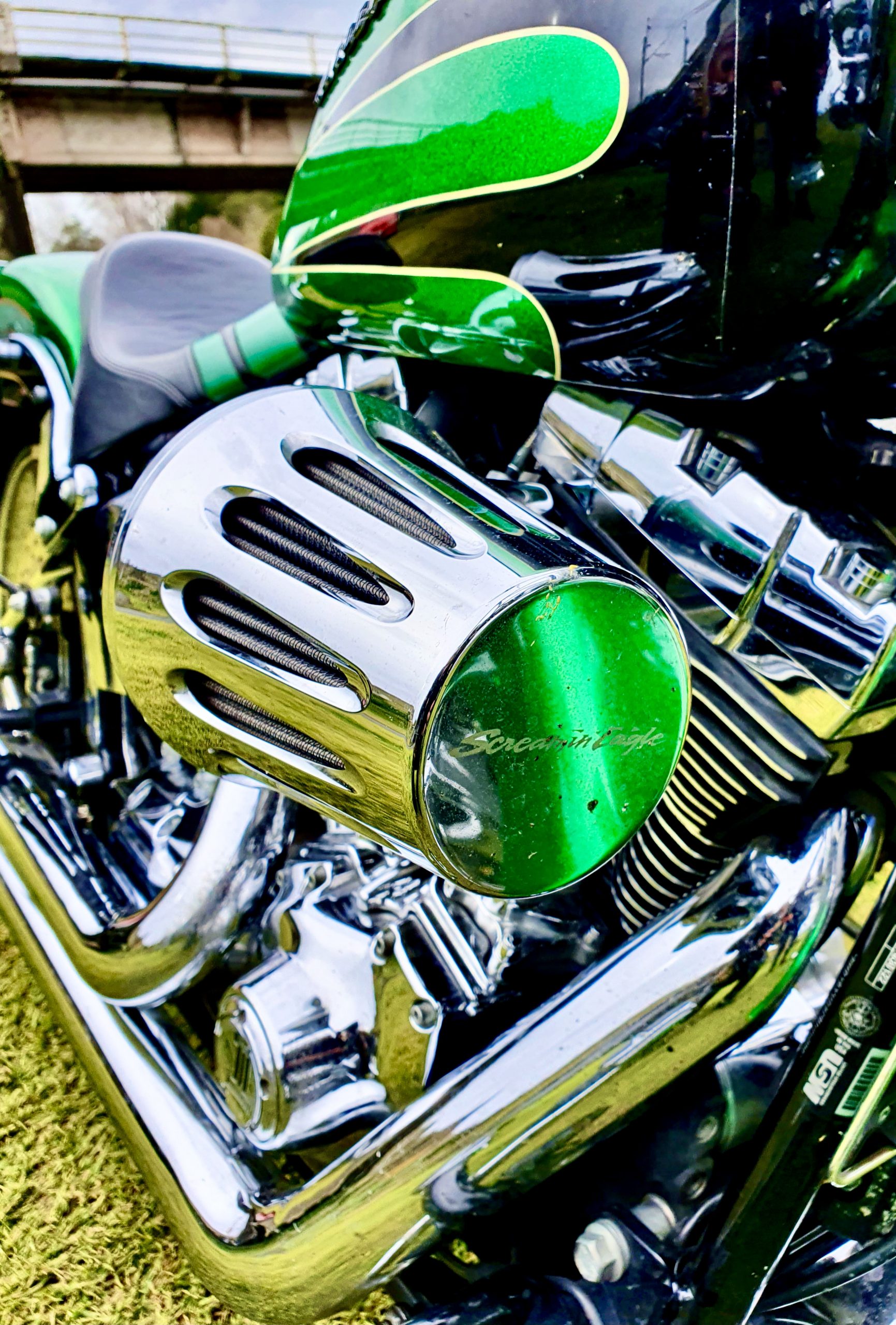 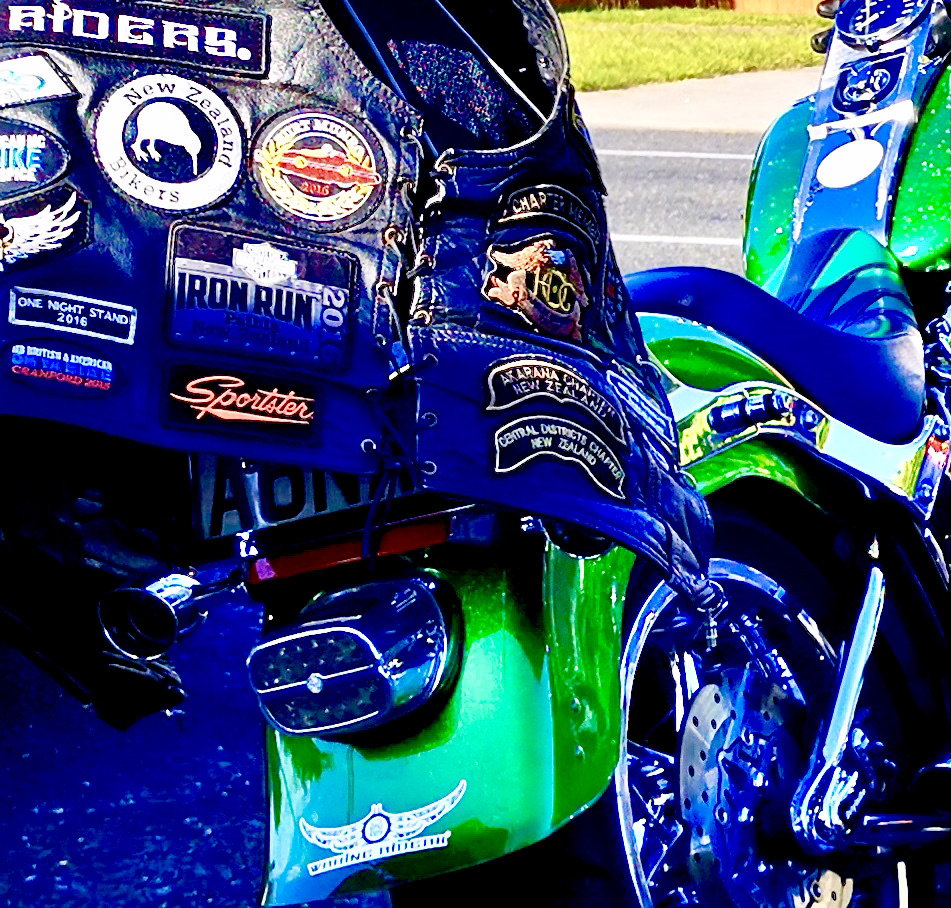 There was the T-bar set up, which Maria quite liked, but noticed she’d get a few aches in her back and metal-plated wrist. She’d taken a mate’s bike for a ride with some apes and loved the way they felt, so she added 4 inch risers, with 16 inch Apes. The seating position is now perfect for her; the pressure is off her wrists, it’s a more straight-up seating, her hands are above her heart and she feels this is the perfect height. Maria can ride all day. 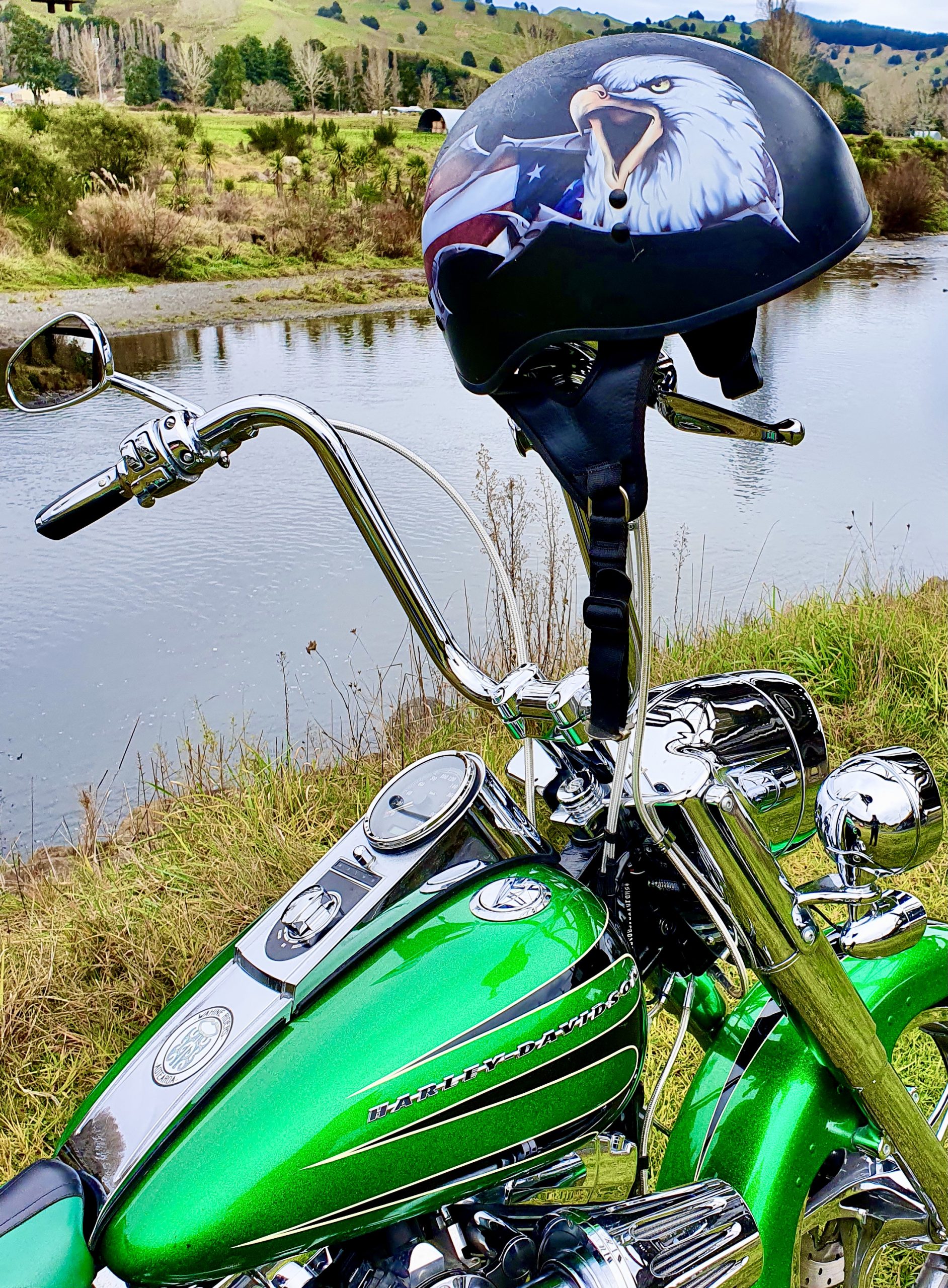 Sly has had a complete engine rebuild, since Maria bought him, also flaunting braided lines, a magnificent green and black custom leather seat, a Screamin’ Eagle air filter and a definite ooohhhhh yeah sound, from grunty Vance and Hines Long Shots. Maria’s had him serviced in Hamilton, at Road and Sport Motorcycles. 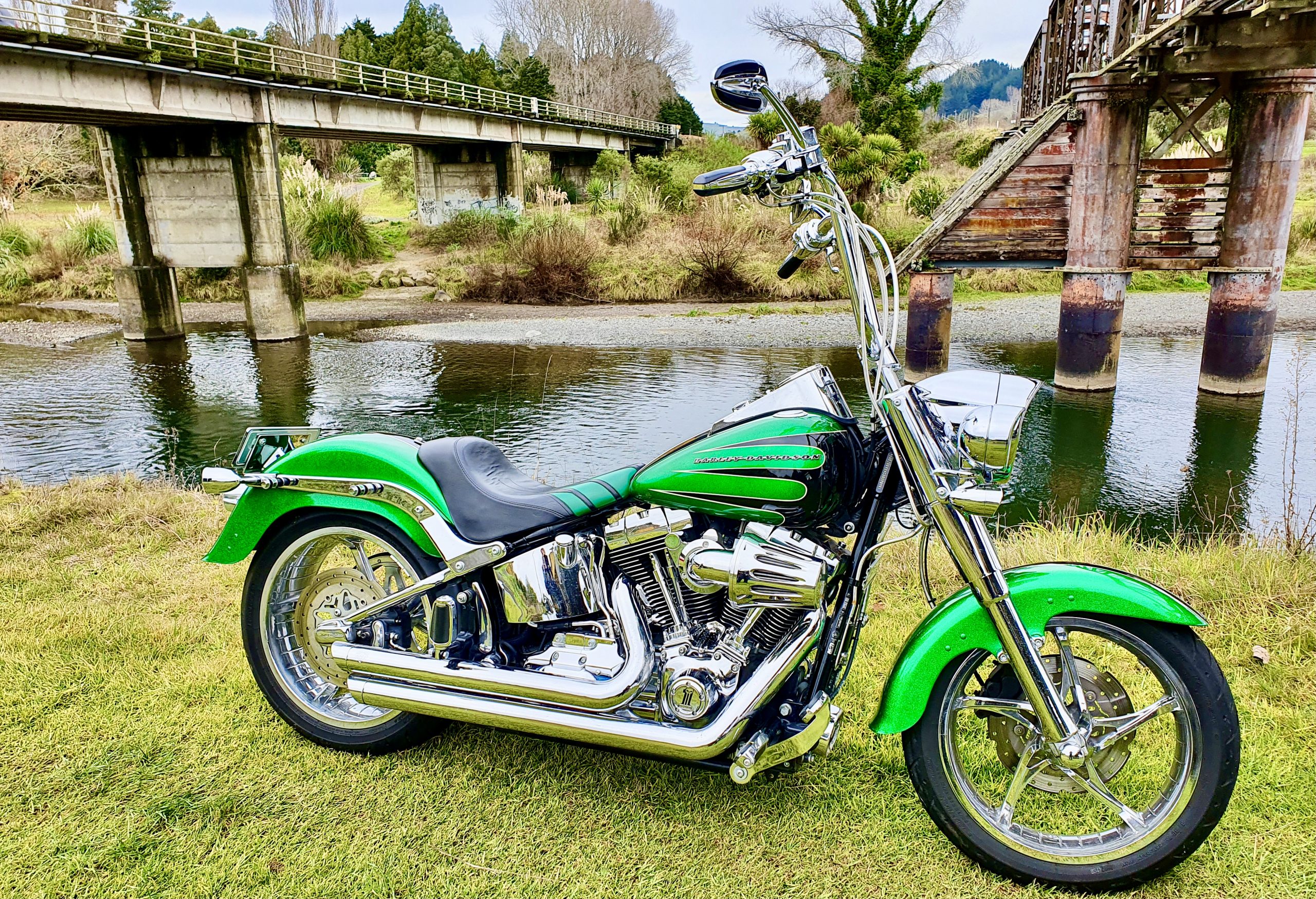 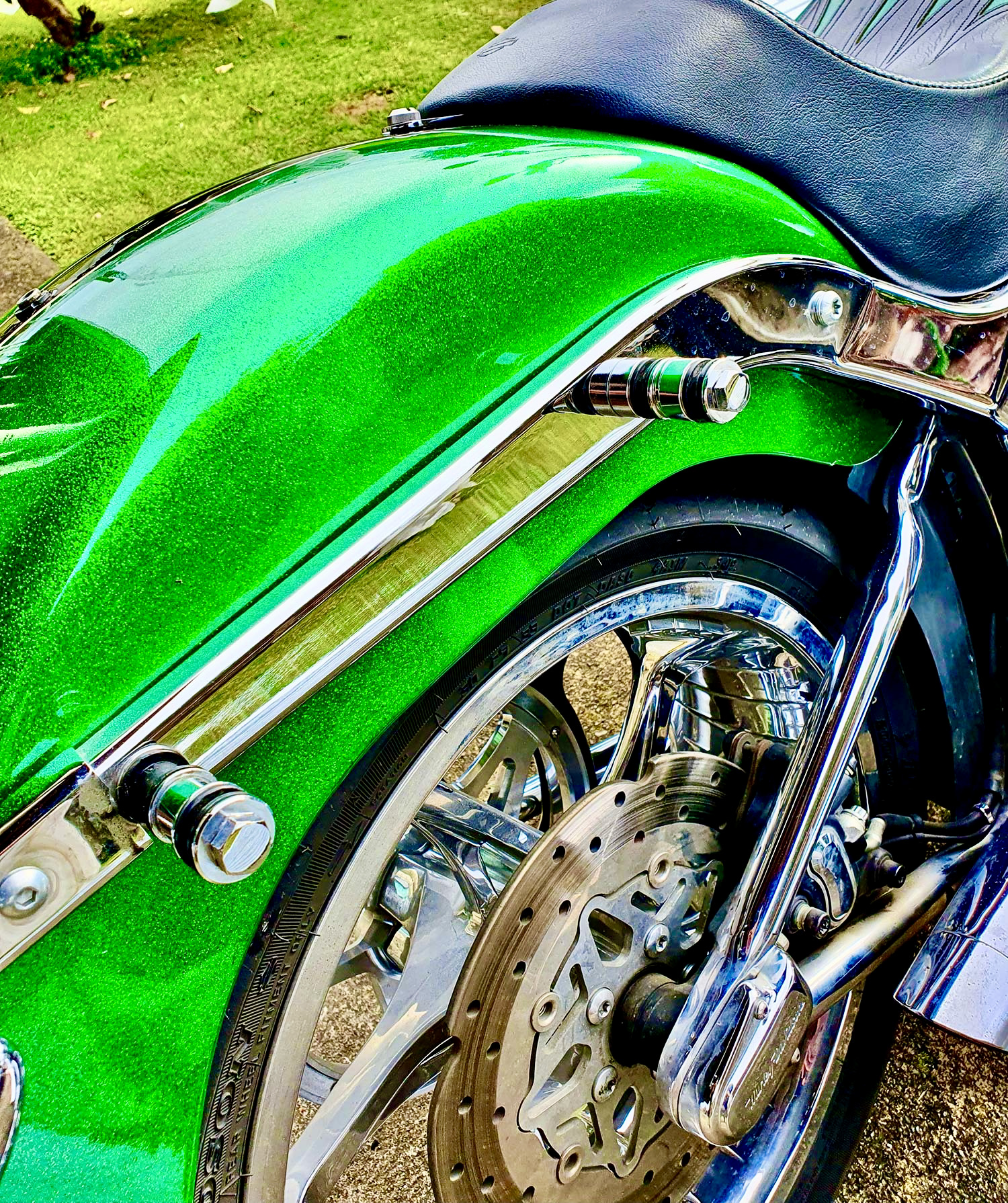 Her favourite road to ride is Arthur’s Pass, State Highway 73, 240 km from Hokitika, on the West Coast to Christchurch on the east. With hairpin bends, narrow roads and bridges, regular landslides, the odd earthquake, becoming icy or snowy without warning, rising over 900 metres within the Southern Alps, absolutely stunningly-majestic and terrifying at the same time, it’s advised by the bloggers, Officer Travels… ‘if you’re not used to driving on the left-hand side of the road, Arthur’s pass is not the place to practice.’ 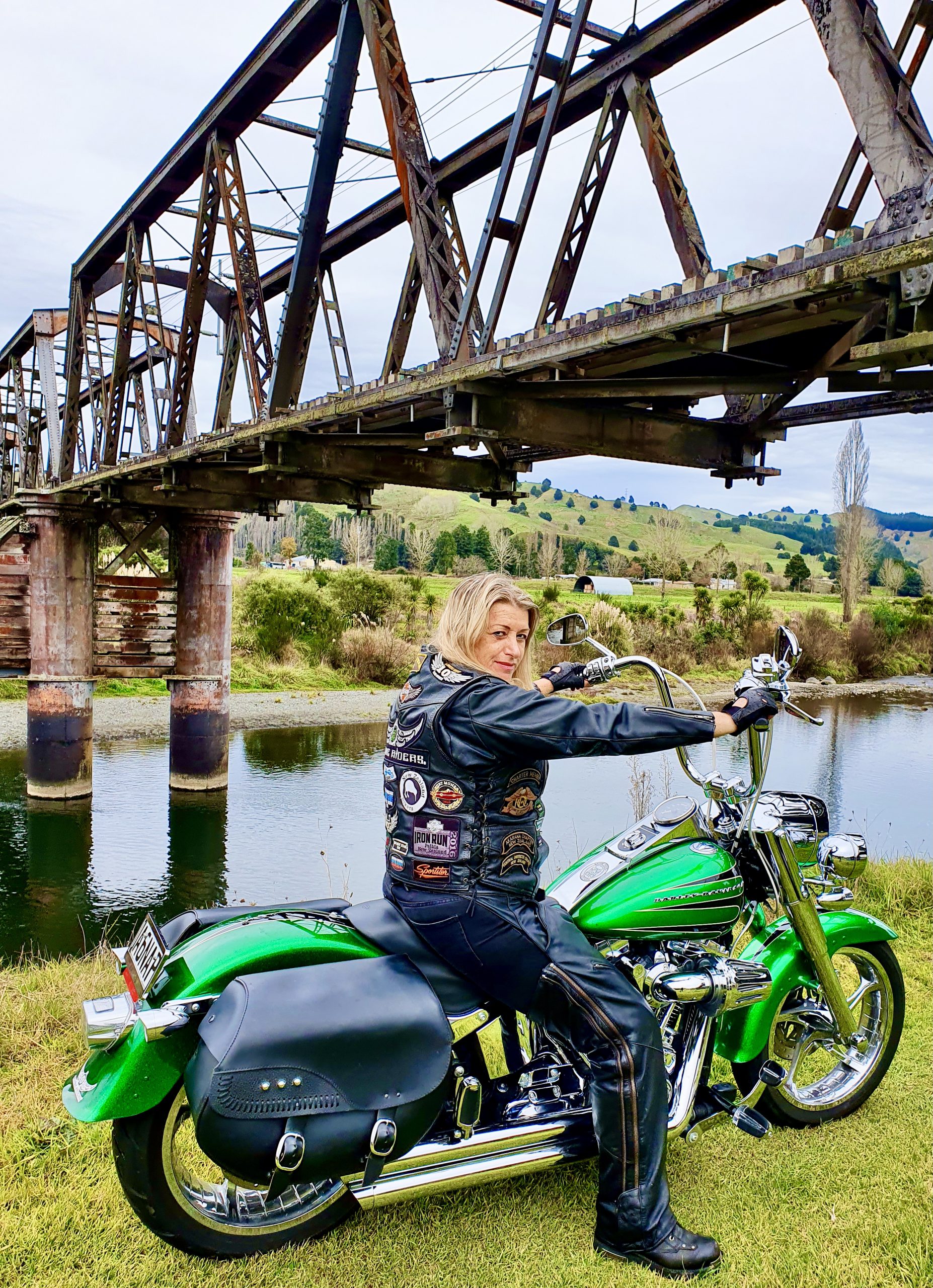 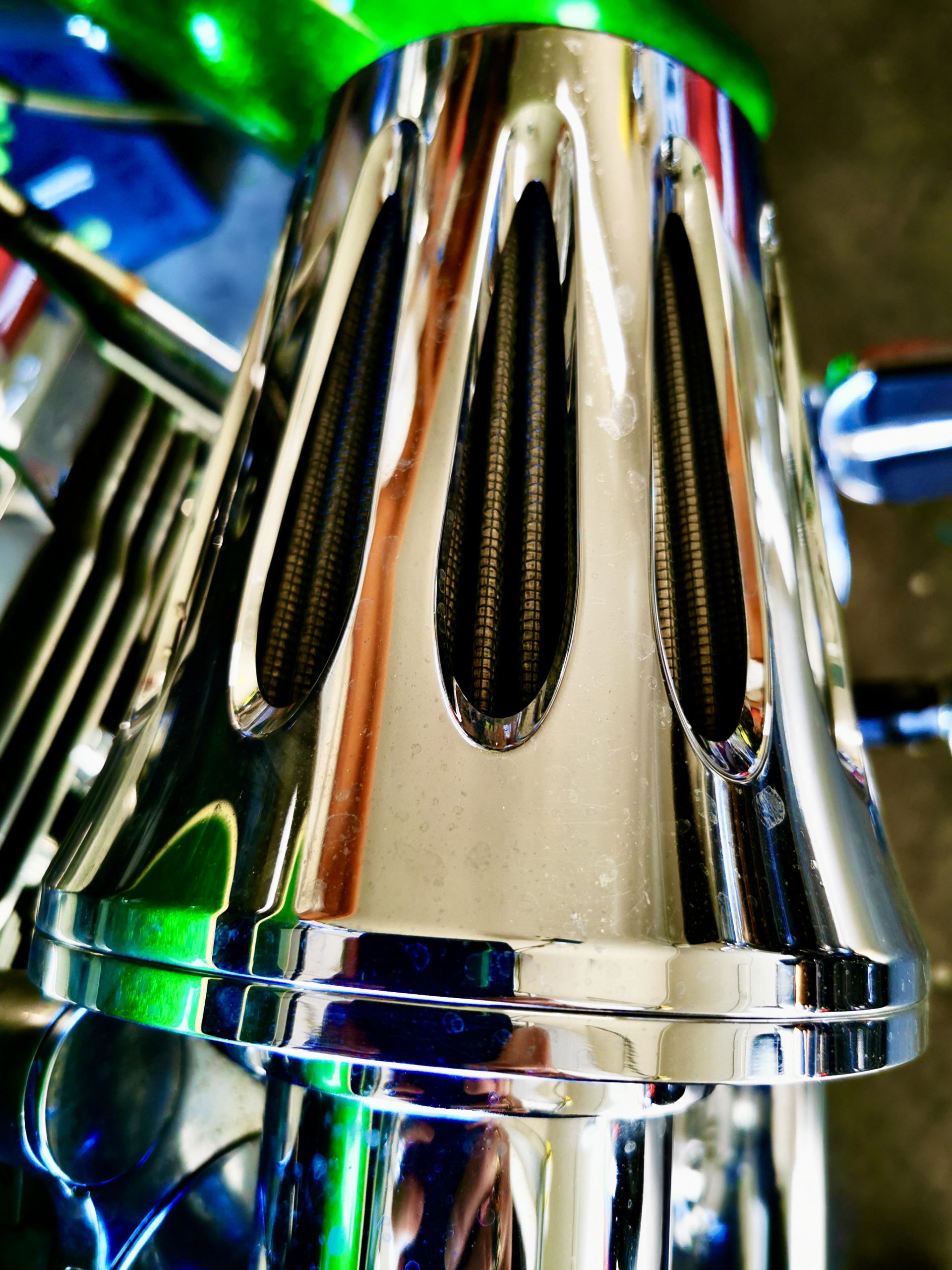 For Maria, riding is her self-care plan. The wind, the freedom, the noise… ‘I love to listen to the bike, no music, just the sound of the engine.’ What better way than on her dazzling pride and joy, her statement-making, eye-goggling, steel steed, Sly. 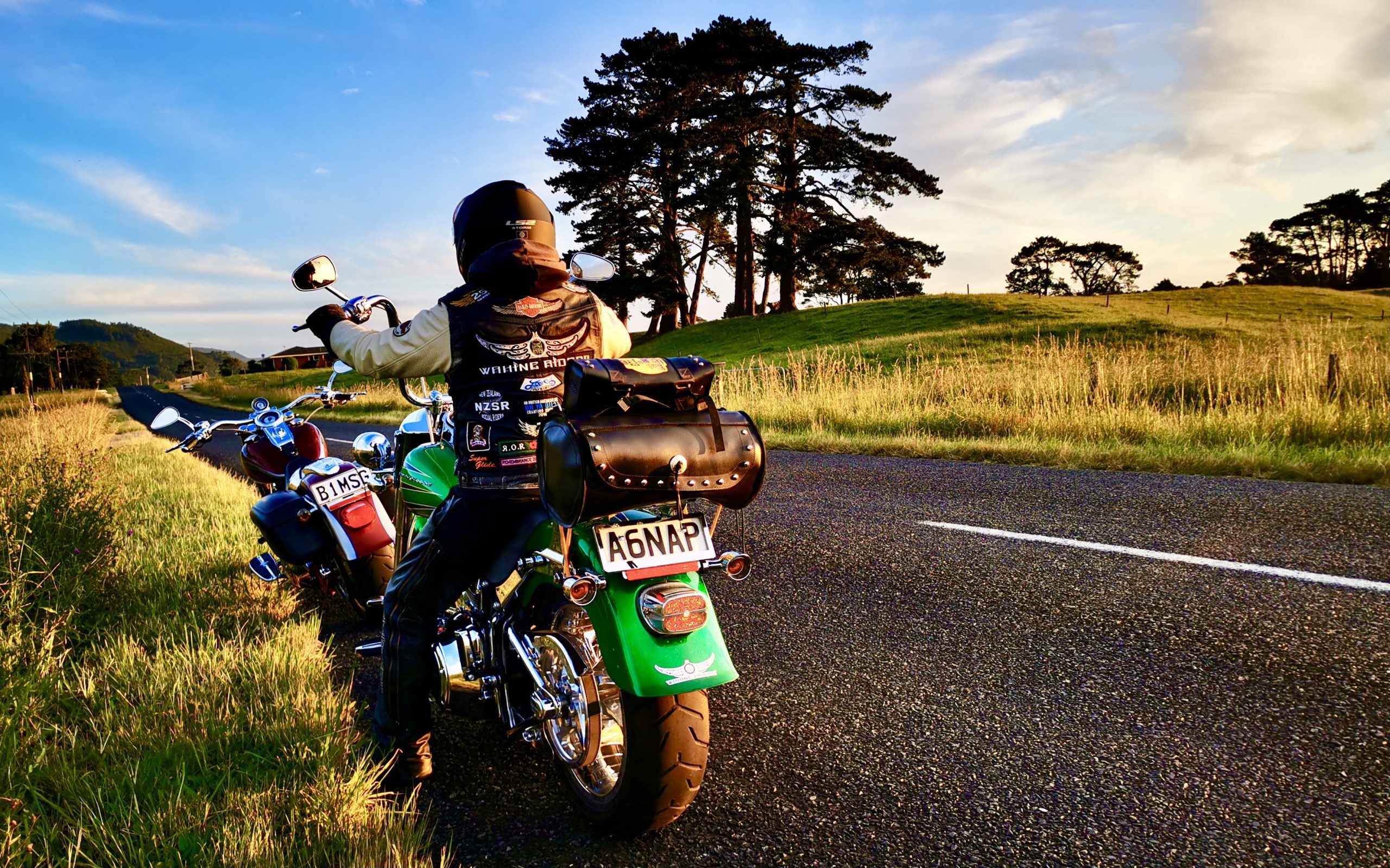 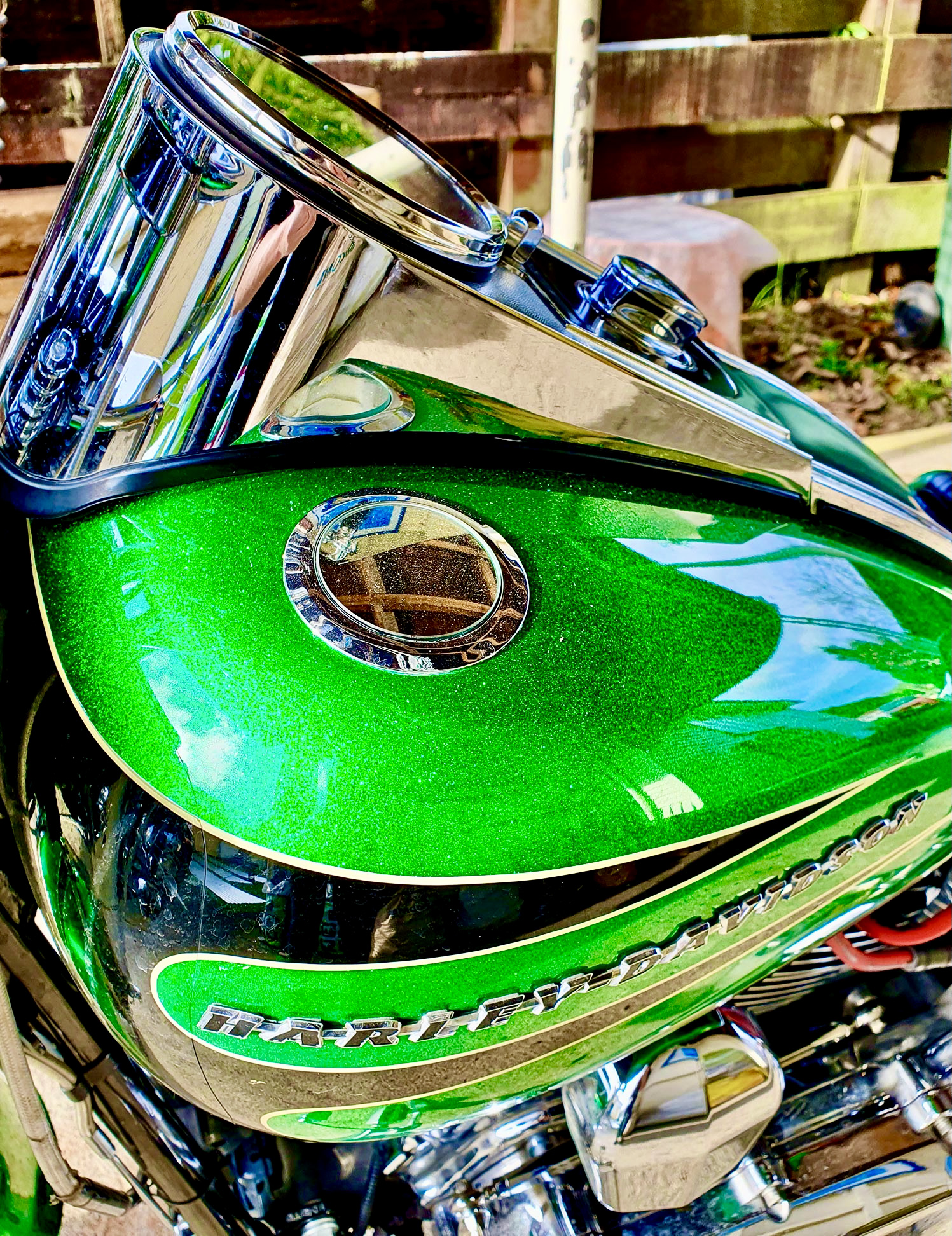