GEEZ… I wish I’d stayed on the couch

Are you excited? Are you amped? It’s ride weekend! The bike needs a run; I need a run, I’m pumped. Suddenly I’m wondering if my ride companions would be terribly perturbed if I curled up under that couch blanket and imitated a cushion for the day.

Why is this? Why do I feel this way?

Well, there are a good many things that could go wrong; a puncture, a wheel flying off, causing total mayhem, possibly crash into a passing motorist, mortal embarrassment lurking at some unperceived fault; so many options for failure.

Perhaps you’re someone who rolls out the door without a second thought to potentially impending doom and that is truly excellent, but I’m inclined towards the doom scenario, whether I like it or not and… I’ve realised… I’m not alone. 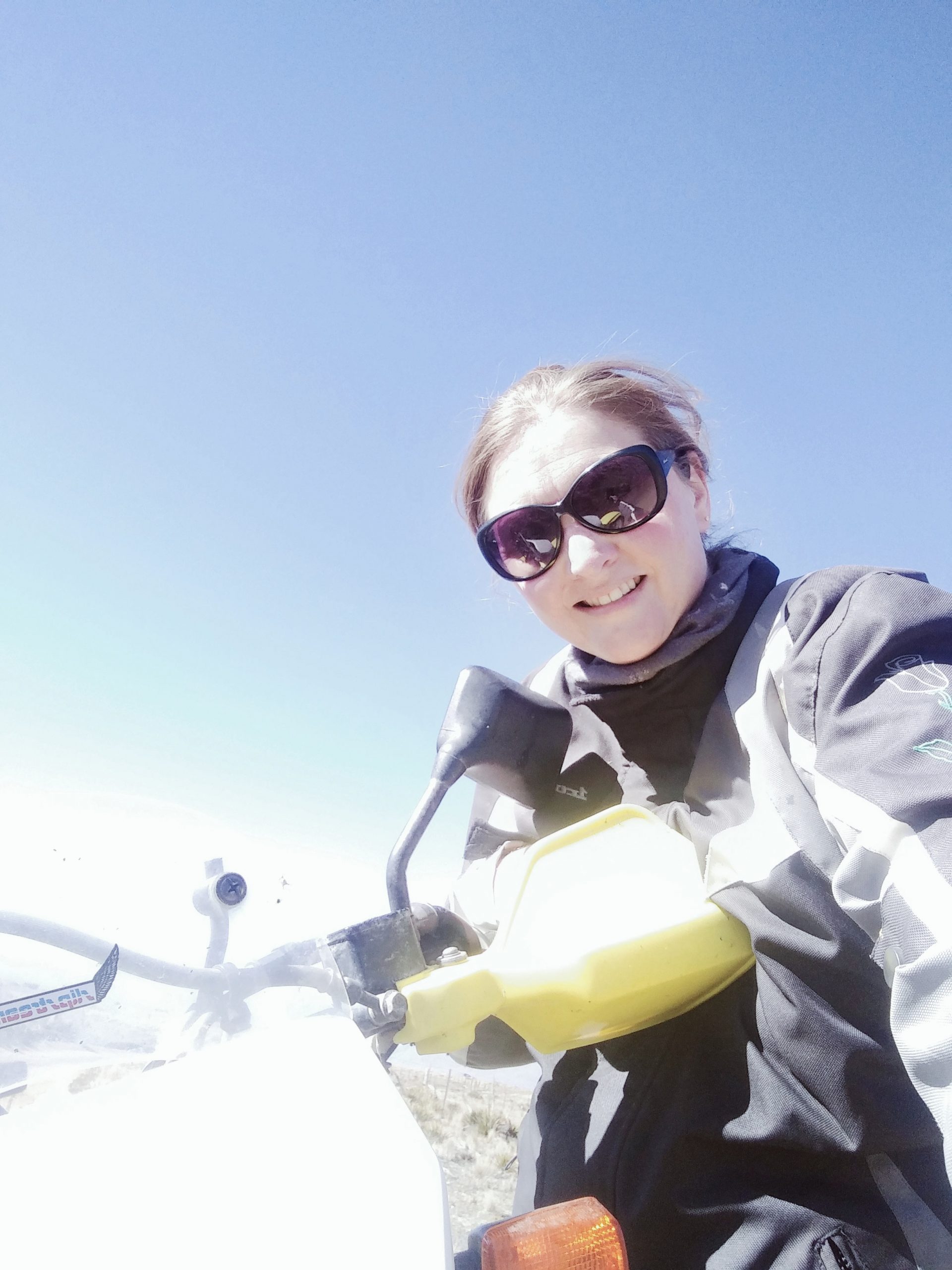 Once I’m on the bike, its always a good time

It’s finally the morning of International Female Ride Day, IFRD. I have been looking forward to this for so long. It’s well within my comfort zone; nice winding roads and lunch with some other ladies. A couple of hours before leaving, I’m looking for my neck warmer but thinking about that slow valve leak, in my front tyre. Bugga, it’ll probably mean I’ll end up with a flat on the side of the road, out of cell phone range, having to bed down with a herd of cattle for the night.

Not a likely scenario, given I’ve had that slow leak for years now and it’s a very, very slow leak. Ah well, all geared up now, better start the old bush potato; I affectionately call my bright yellow Suzuki DR650. Ahhh… would you believe it, the battery’s flat! 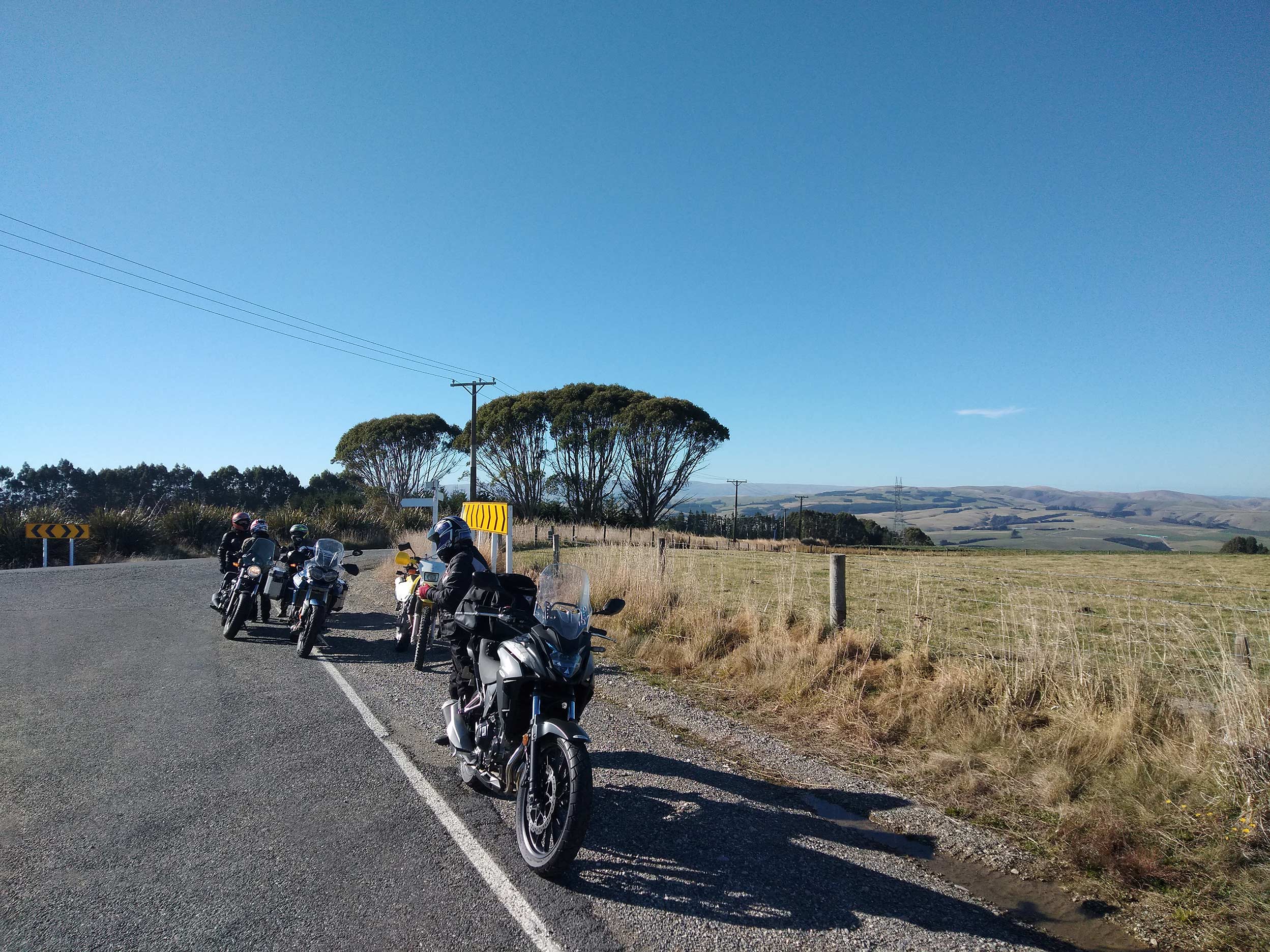 Gathering on the way to Tapanui, IFRD 2021

Reconsider… couch Option 1; nope, determined to press on. A brief rummaging locates the battery charger; seat and side panels off and she’s all hooked up. The time it takes to drink a cup of tea, the potato rumbles to life and I’m off. Turns out being slightly late was right on time for the other ladies I was to meet. Off we rode to the delightful Illy’s Café, in Tapanui, West Otago. 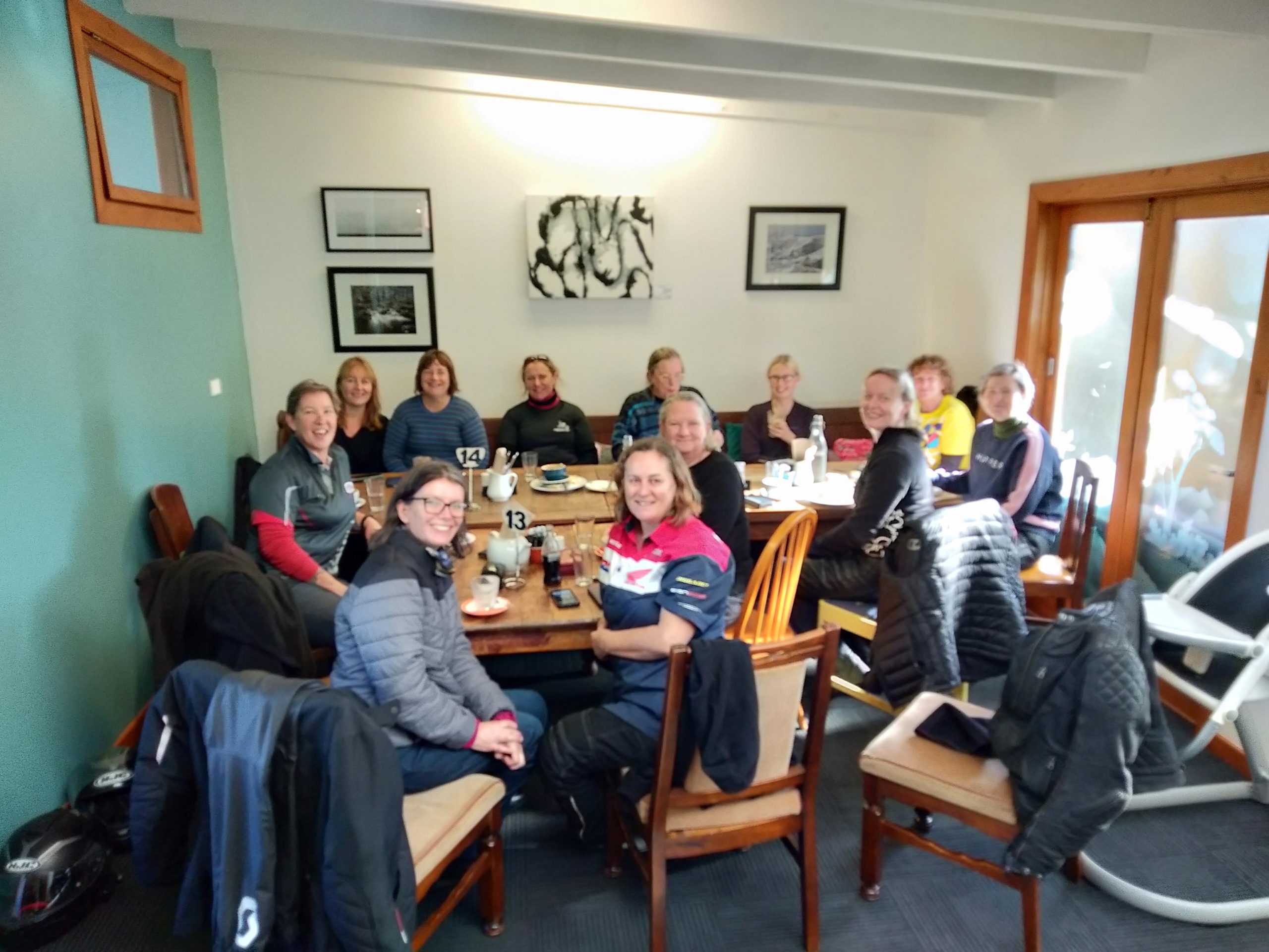 Ladies from Dunedin and Invercargill joined us at Illy’s to celebrate IFRD. My lunch companion was Lesley, from Love Motorcycle Training and during our lunch we chatted about how women often underestimate their riding abilities and how that nervous pre-ride feeling, is actually rather common.

Being the outdoorsy type, the motorcycling starting point for Lesley was ‘Skateboards, climbing trees, servicing old cars… all the while harbouring an inexplicable yearning to ride a motorcycle,’ she explained. She assumes the itch came from having been a pillion during her early dating years when she thought, ‘Wow this is way cool.’ 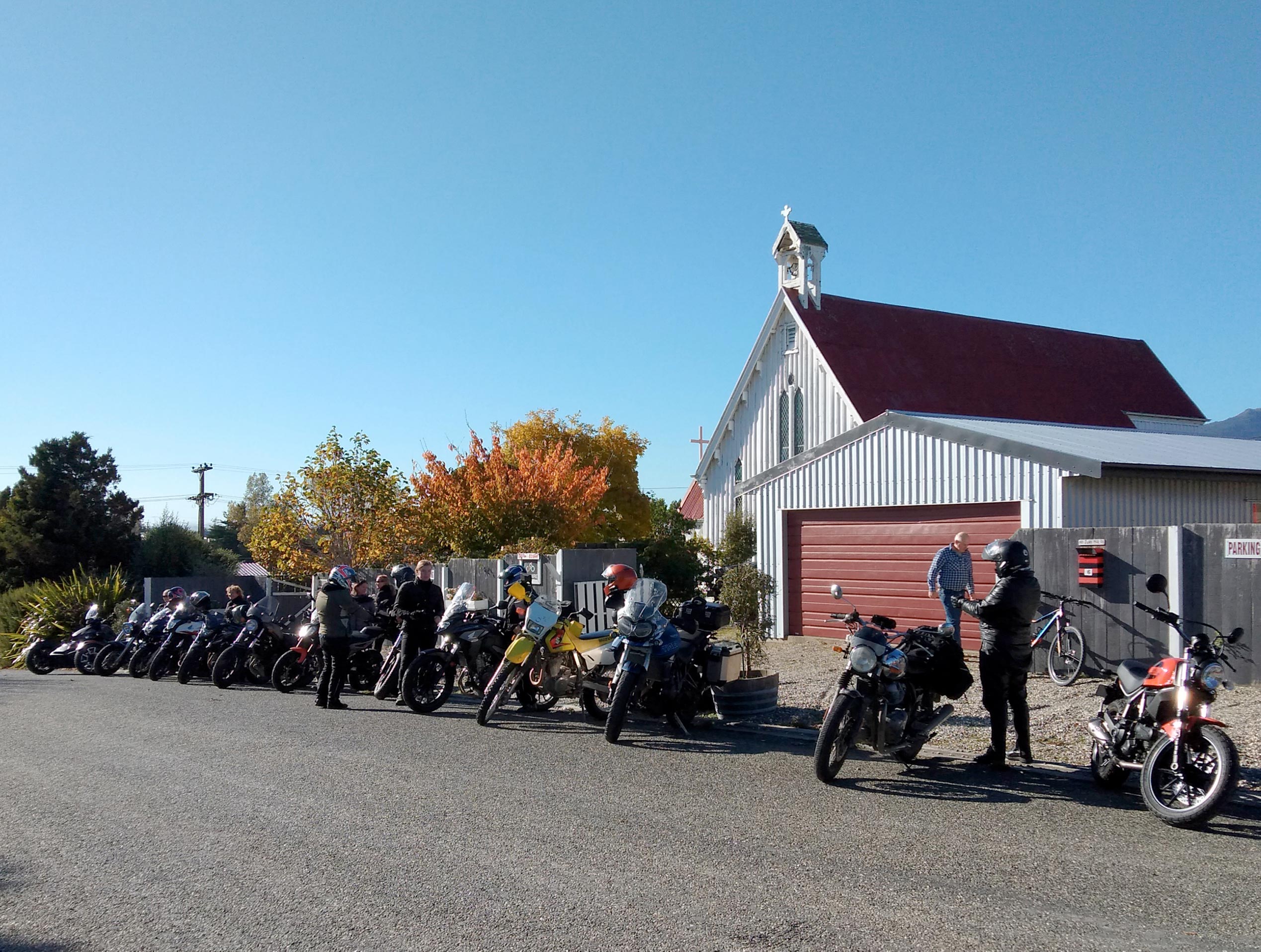 An opportunity presented itself when Lesley, at 30, started dating a Motorcycle Instructor. Lesley went on to pass her motorcycle test and rode to work… day, night, rain or shine, on her Honda CG 125, complete with stubborn kick start. The thrill of being acknowledged by other riders created a warm glow with every nod or wave she received.

Years later, Lesley embarked on a highly anticipated group road trip, through Europe and as everyone began to arrive for it, she realised she was the only female there, riding her own bike. ‘I couldn’t understand why there weren’t other ladies out there riding too,’ she said. 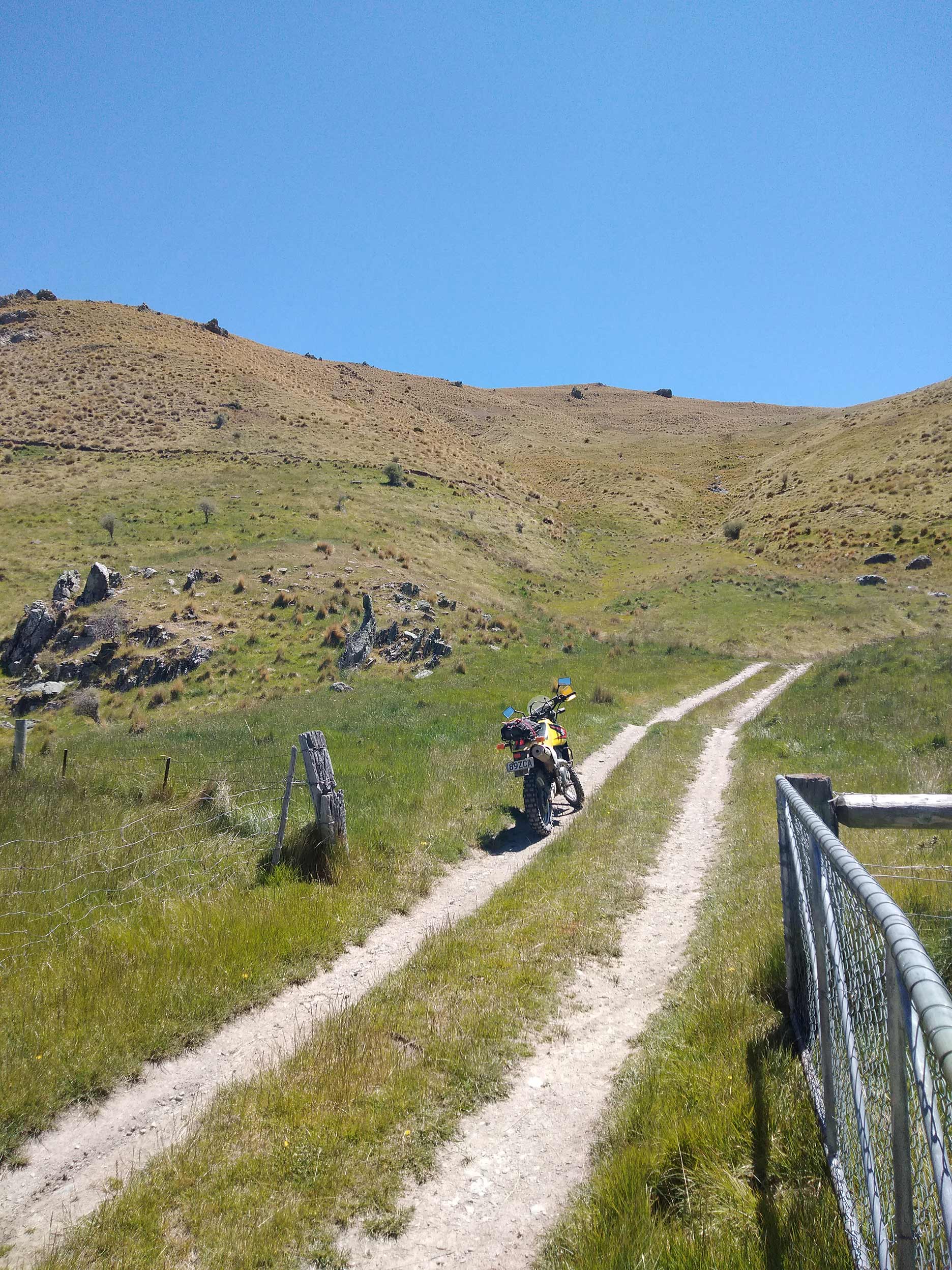 Exploring with friends, first up has to get the gate…

Since Lesley began Love Motorcycle Training she has taken the opportunity to encourage other women to ride. ‘They arrive on the courses so excited, but always confess to being so nervous and admit having a lack of confidence, to which I say, well you’ve booked in and turned up, that’s an achievement in itself wouldn’t you say?’ Lesley understands this anxiousness and self-doubt, ‘We women all have done it… I certainly do and I’ve been riding for almost 20 years.’

This nervousness doesn’t discriminate; it still gets the experienced ones as well. In the same vein, Lesley created LoveMoto Rideouts, a social media group designed to get women together to chat and ride. 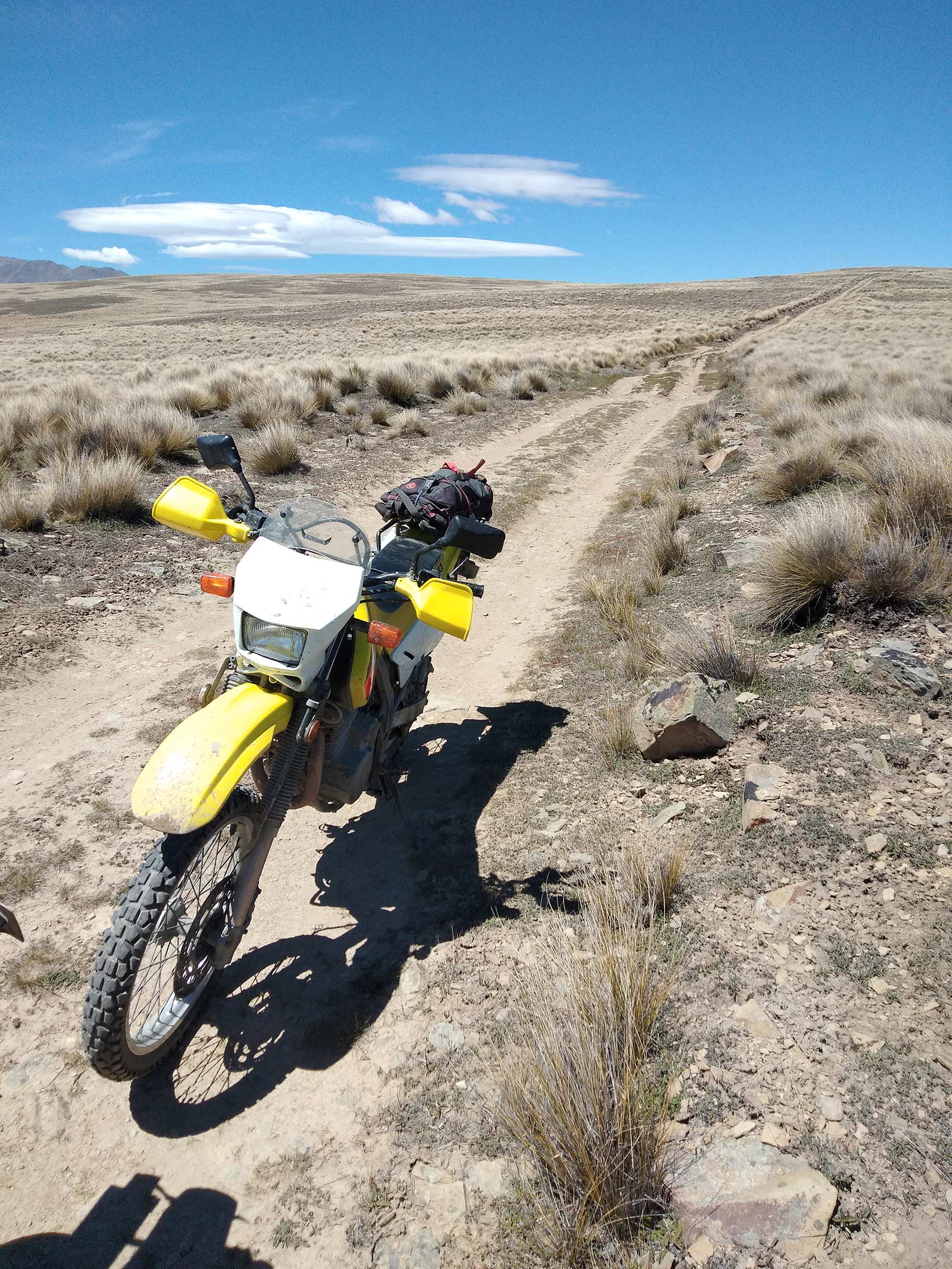 I was discussing the phenomenon of pre-ride anxiety and general worry-warting with another friend and her theory was, ‘Fear and excitement have the same effects; light-headedness, sweaty palms, fast heart rate, a sense of nervousness.’ I suppose that’s true, so maybe what I’m interpreting pre-ride as an imminent failure, is perhaps anticipation. But I do find this nervous anticipation difficult to deal with, especially when going into the unknown, such as trails I’ve not ridden before.

A while back, I’d planned to join some other adventure riders, a bunch of top chaps, to head into Oteake Conservation Park, Central Otago and ride some new trails, but I really had to push myself to even get out the house; the nervous anticipation was in overdrive! 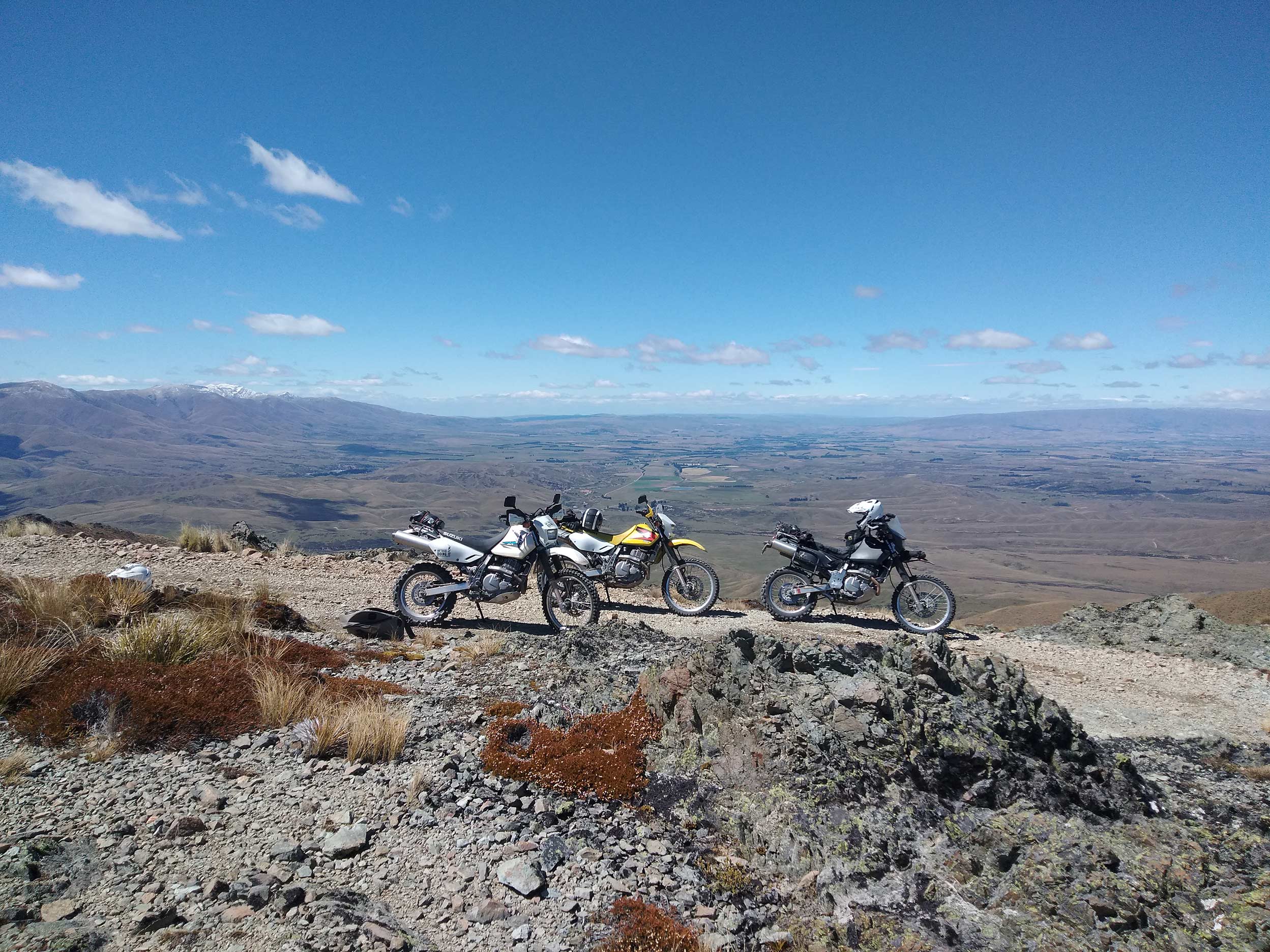 Through the ride, we zoomed about on the picturesque trails of the Southern South Island, with staggering views and quaint little historic huts to stop at. There was a tricky bit up the top of the Hawkdun Range, with loose rock, snow, and a fair wind blowin’, that caused one of the chaps to topple. I was directly behind him so leapt off my motorcycle to help. Afterwards, we sat on the ground for a while contemplating the state he was in. As I’d helped him get his bike upright, he said, ‘Well that’s the first time I’ve been rescued by a chick.’ 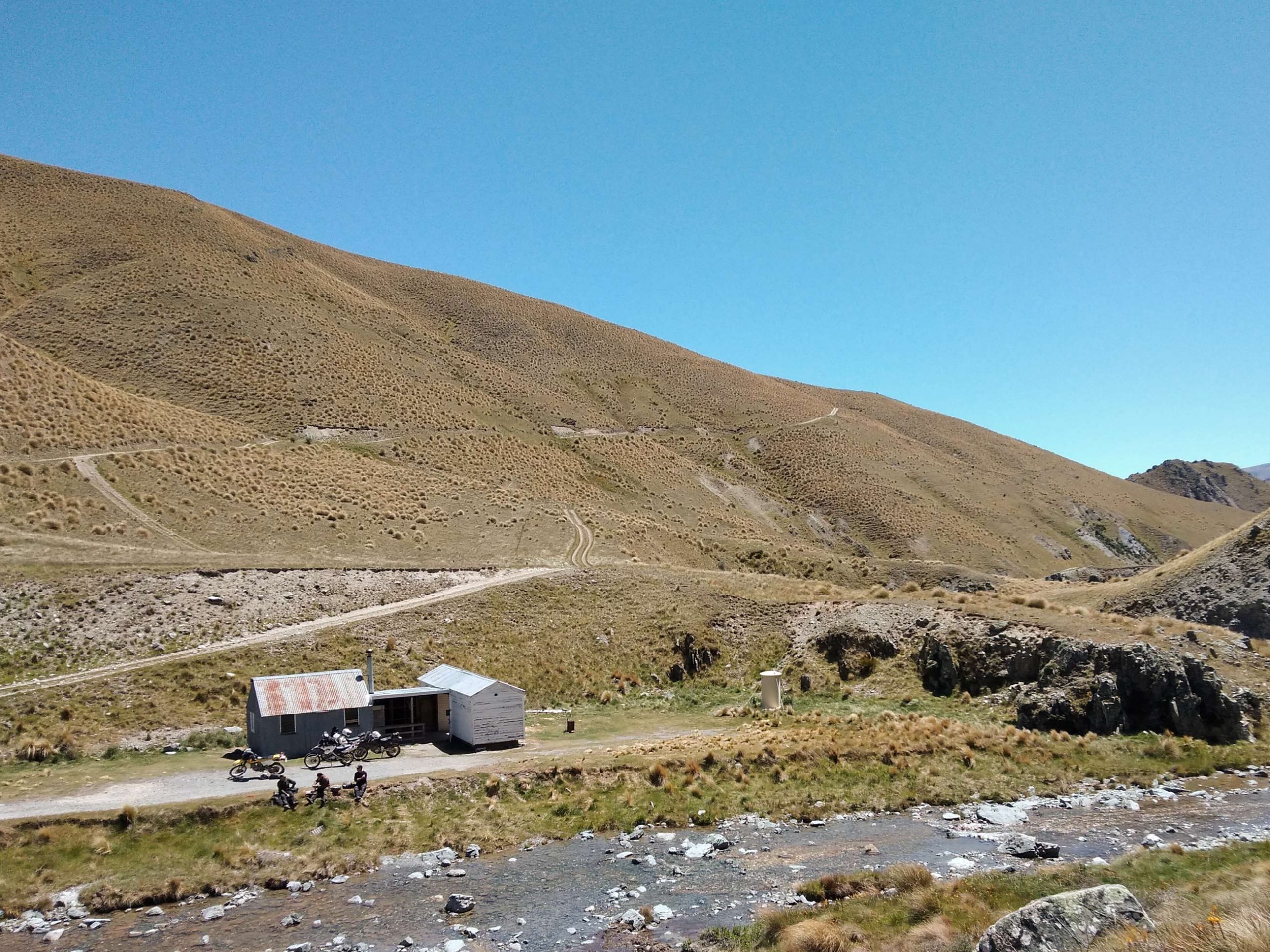 A lunch stop over at Tailings Hut, Oteake Conservation Park

That ride was incredible and I was mighty proud of myself for overcoming that attack of the morning’s nervousness, to get out the door.

Even if something goes awry with your well-intentioned ride, it’s the spontaneous and unexpected adventures that make the best stories.

Is that what keeps us going back, the thrill of it all, the adventures to be had, those moments when you and your bike are perfectly in tune and the corners and dips fly by? 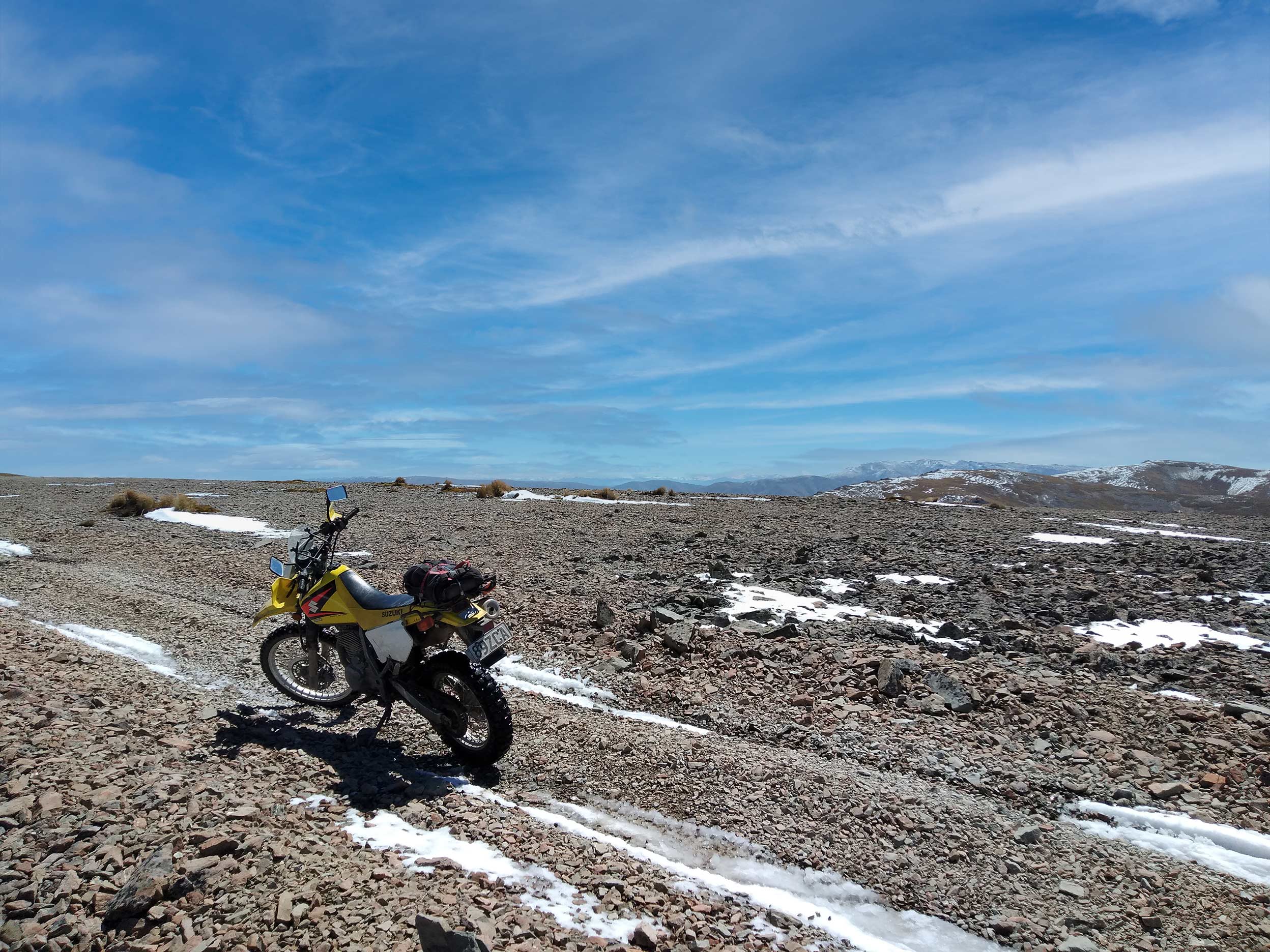 When have you ever sat back with a cold brewski, at the end of a day’s ride and thought, ‘Wow, I wish I’d stayed on the couch, imitating a cushion and contemplating my life choices today.’ I’m guessing, probably not.

Some parting motivation to help get us out there from Lesley, ‘We all have our own riding demons and if by meeting up and talking about them perhaps in time, we could develop our confidence and stop doubting our riding ability.’

Looks like I’ll just have to keep pushing through the nervous anticipation, but I know I’m not alone.

Hey ladies, we’ve got this!