Leigh-Ann from Bay of Plenty, in the North Island, has a United States imported, 2006 Harley Davidson FLSFSE2 CVO Fat Boy, Special Edition. She bought it in Sept 2017, with only 9600 km on the clock… it’s now at 48,300 km. It was love at first sight as it caught her eye, parked at the local. She found it was for sale, did a test run the following day and within a few days, Leigh-Ann was the ecstatic owner of a very impressive machine.

This is how it came, standard… already custom, nothing to do but add a guardian bell, ride it and figure out a name… 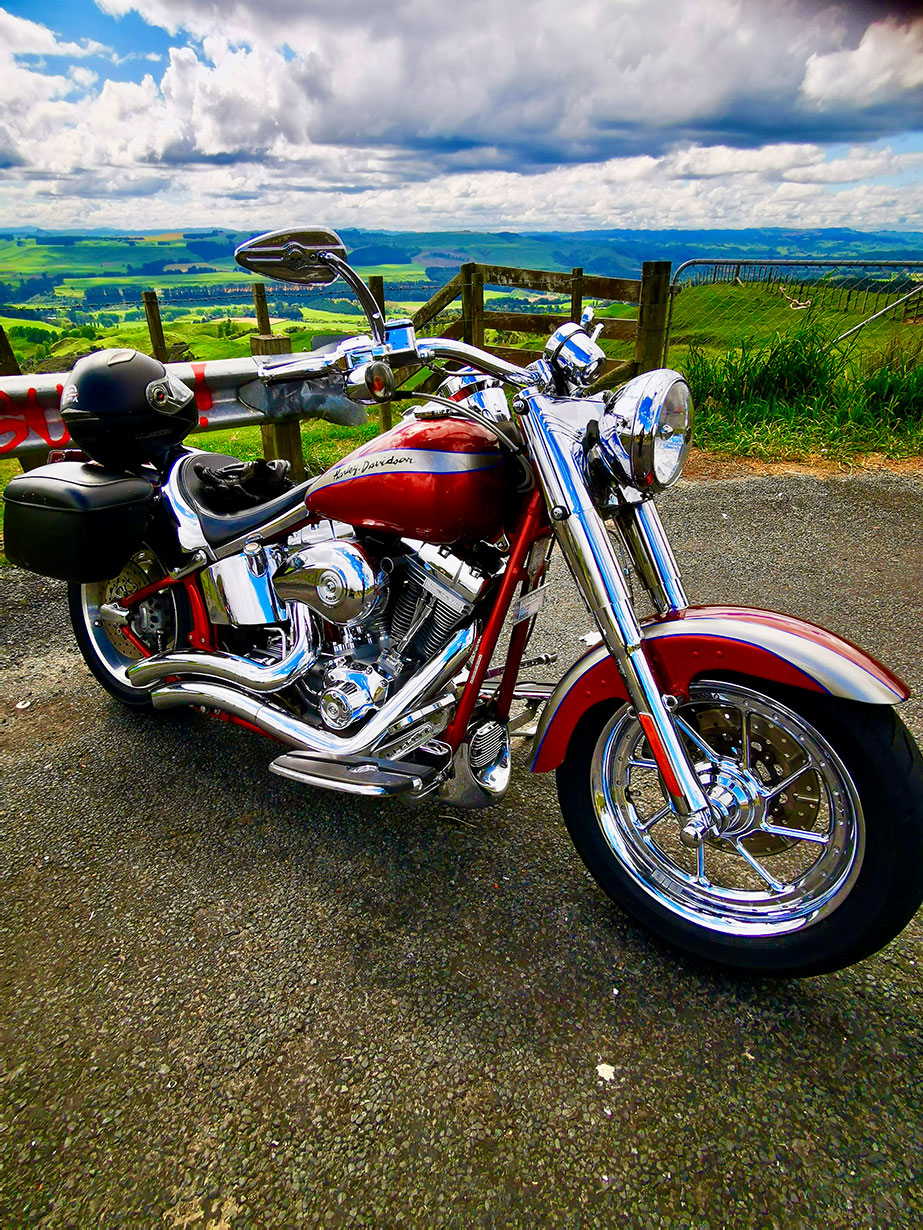 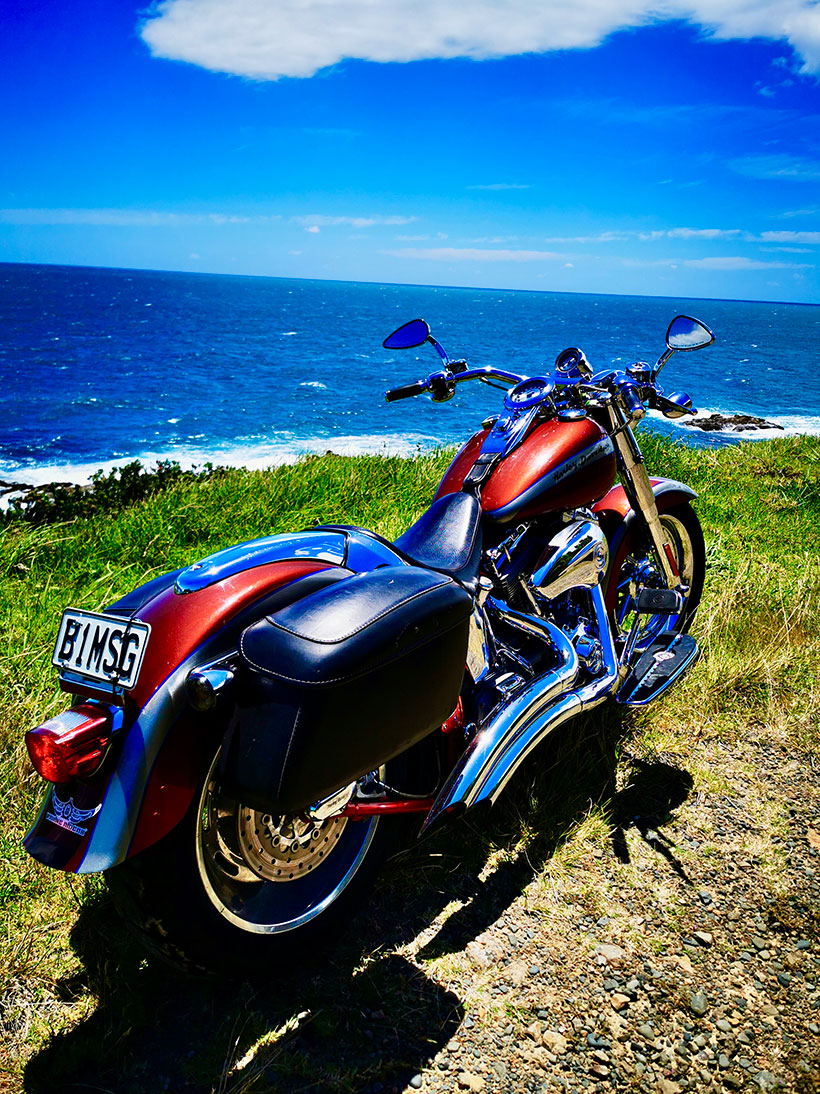 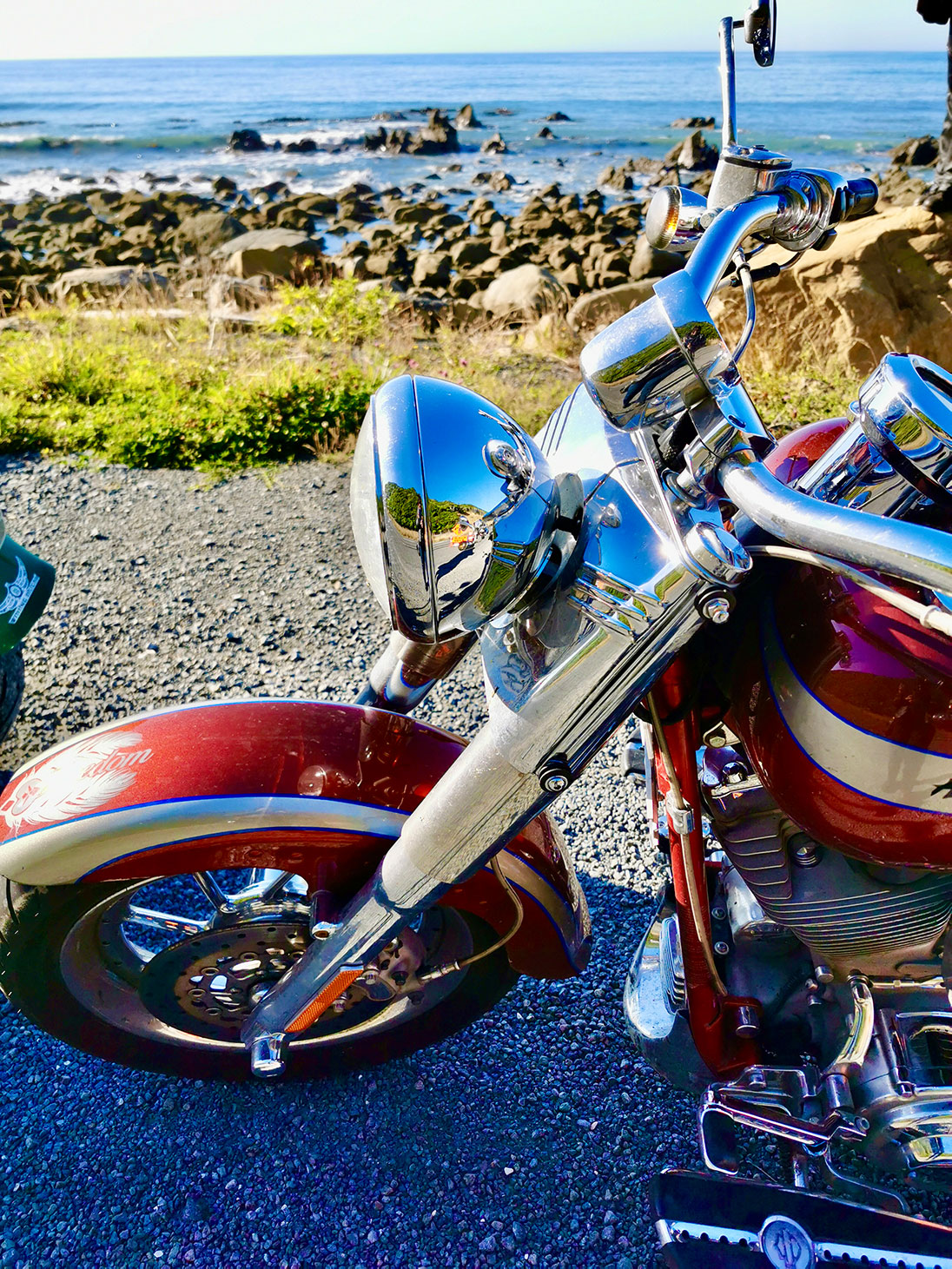 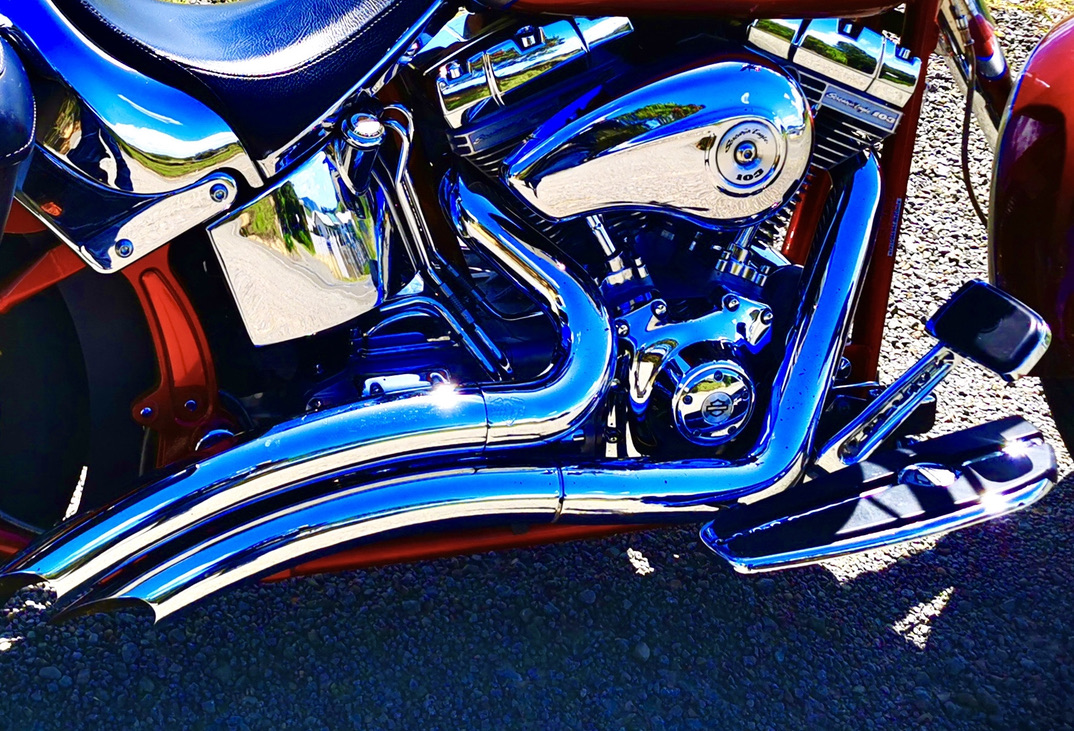 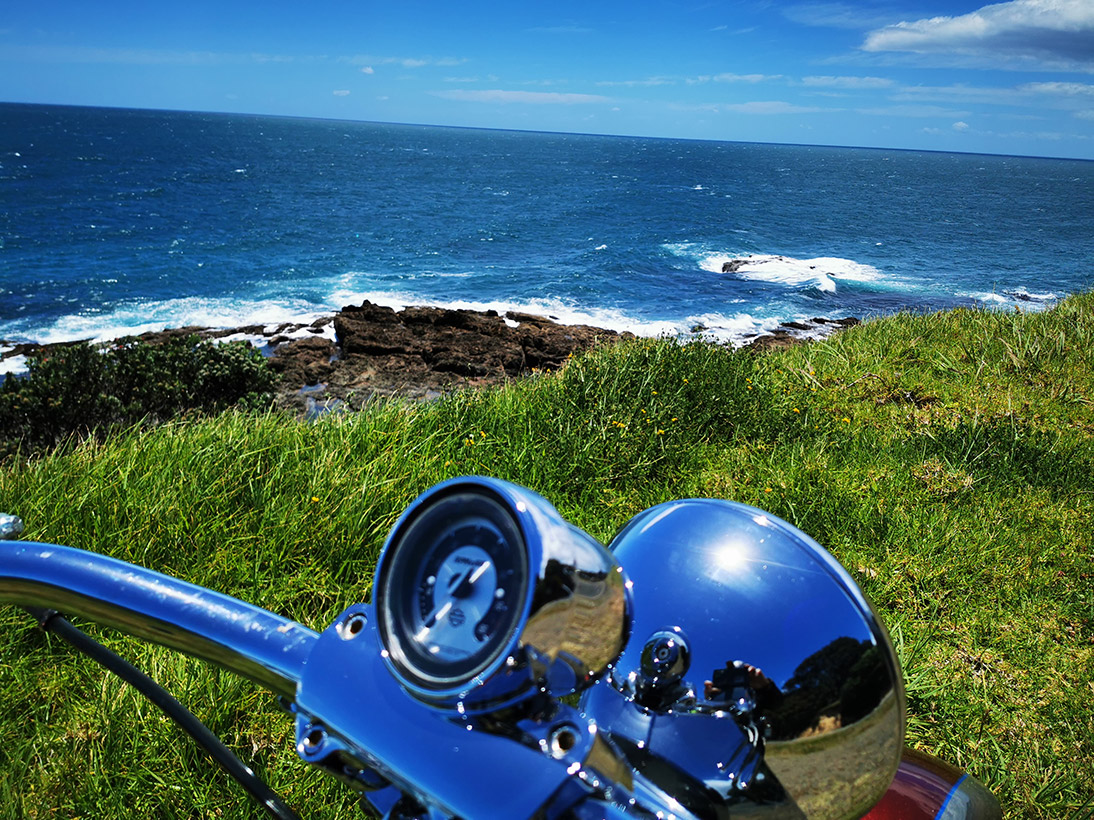 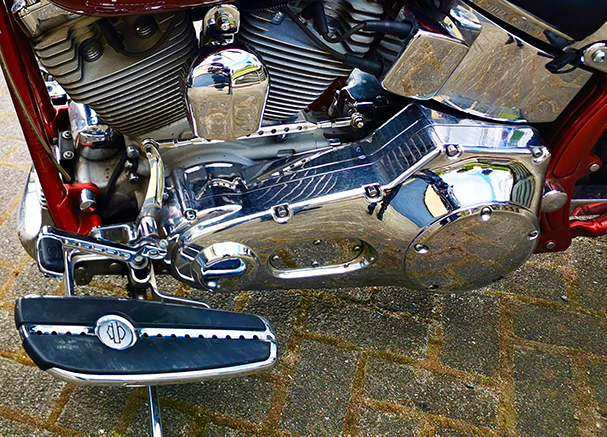 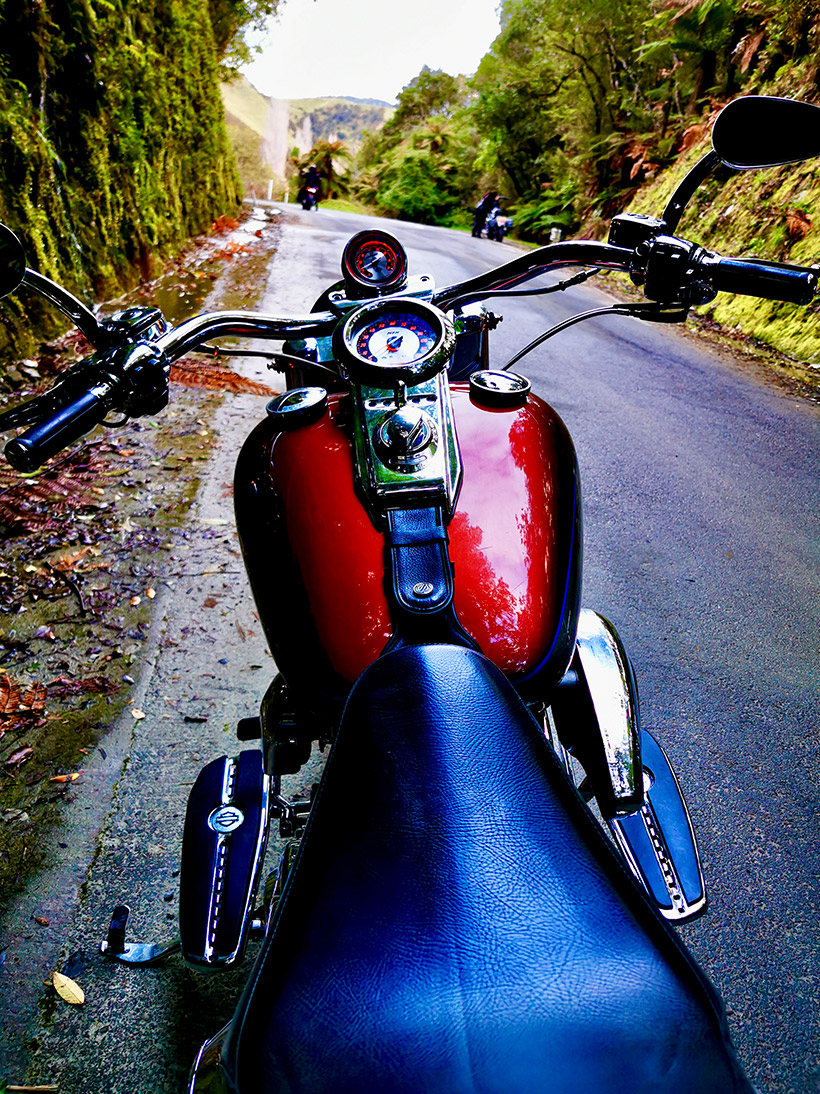 With so much hard-core bling and performance, how would you go about naming something like this; it needed something authentic, powerful, meaningful… felt from the soul. 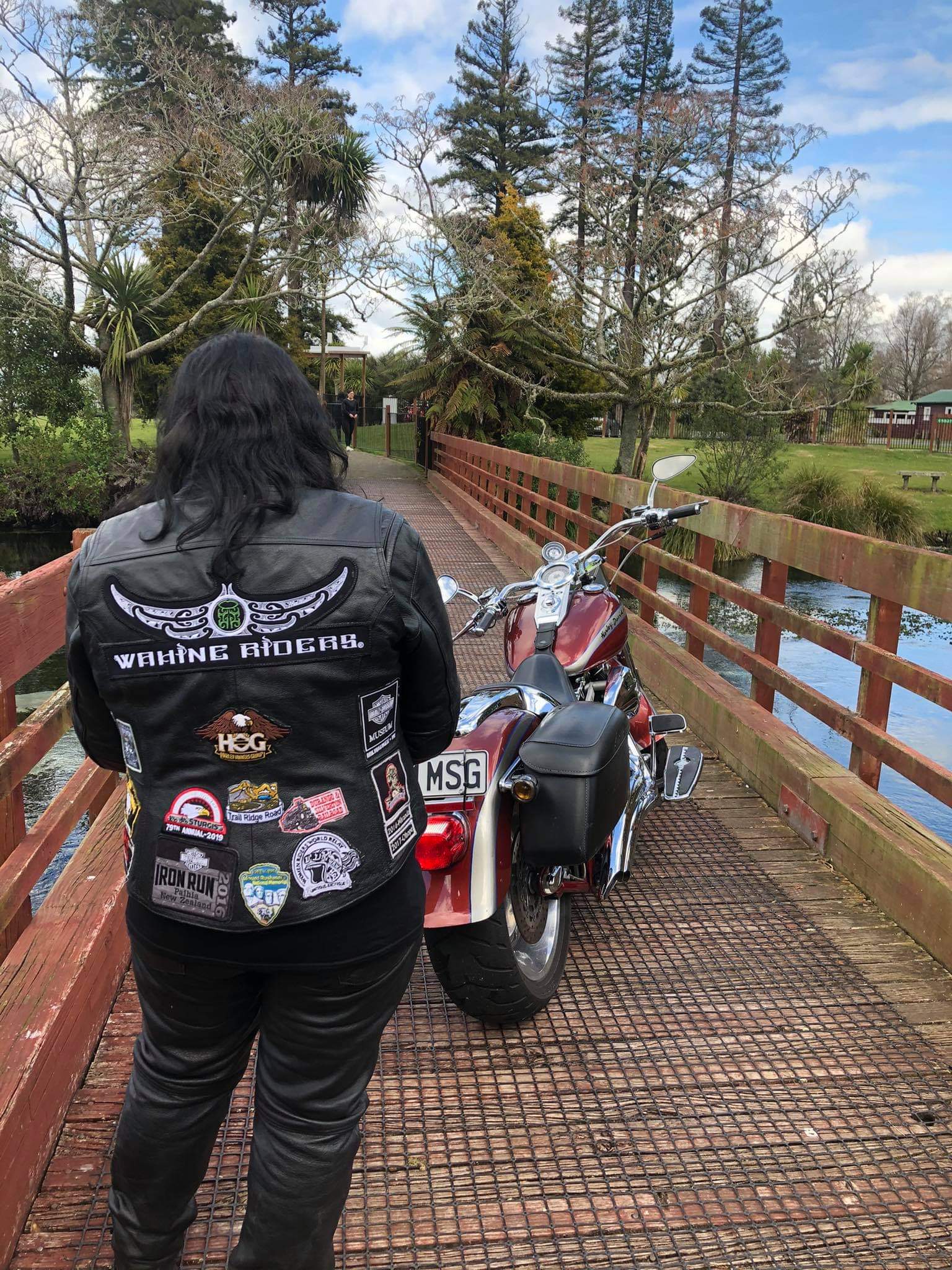 It was late one evening and Leigh-Ann was riding to Gisborne. As she was going through the gorge in the pitch black, alone, with only the rumble of pipes for sound, she became awestruck by a surreal sense of absolute euphoria.  The dark, shadowy trees lining the road, with no vehicles in sight… that 2 hour ride was just on point. She found herself smiling and the thought that came to her mind was Freedom.  So Freedom he became and freedom is the feeling of love, each time she rides him.

Freedom is regularly serviced at Hamilton, Road and Sport Motorcycles. 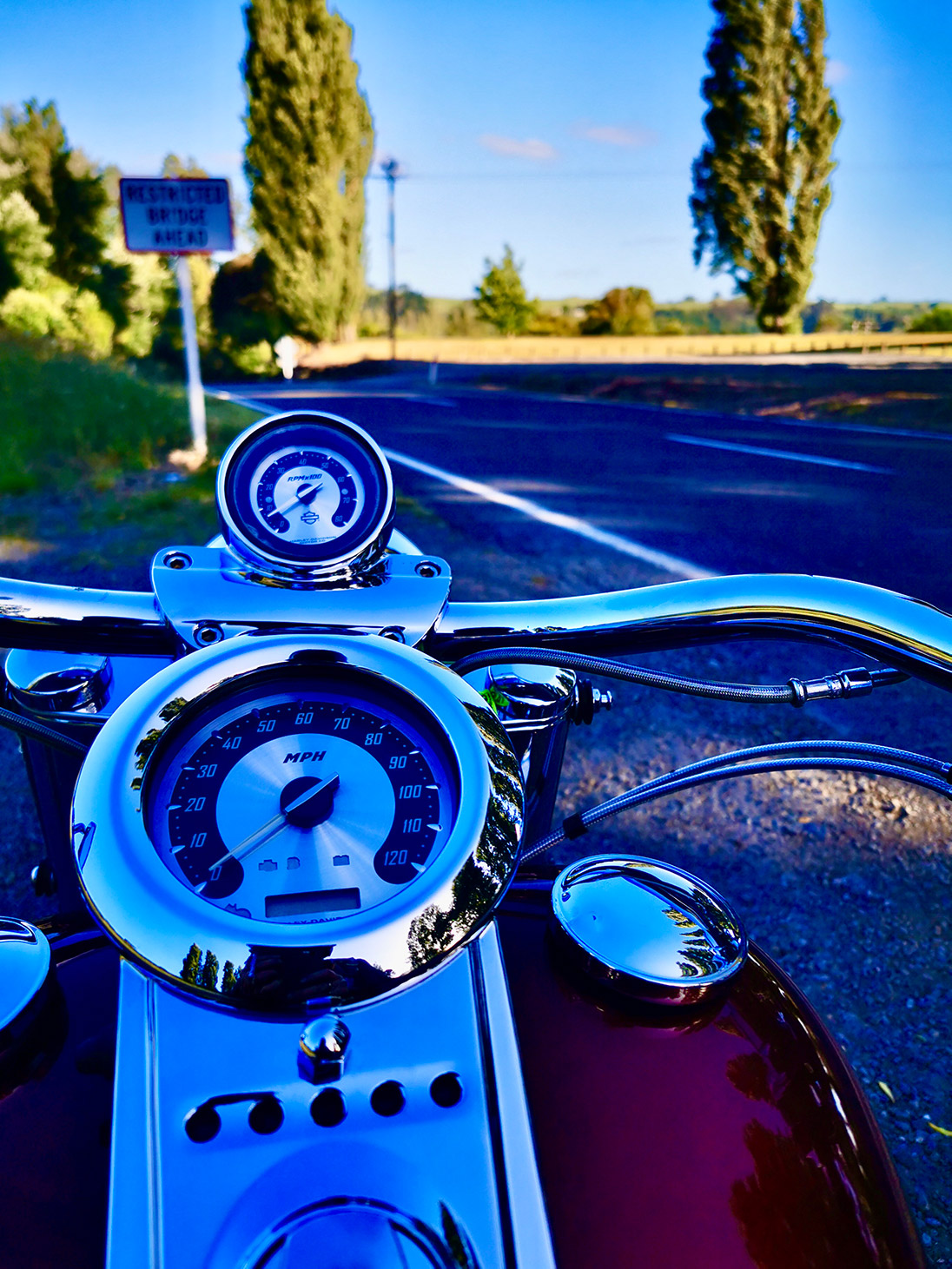 Leigh-Ann’s favourite place to ride is usually a coastal destination, though in saying that, practically no matter where you live in Aotearoa you’re only about an hour to the closest beach… and anything over two hours of riding is perfect.  She always stops to take photos because it’s all about the ride, the scenery, the euphoric feeling, the time to use natures props for photos, to relive the day many times over. She says, ‘If you always go flat out to get somewhere, your ride finishes faster and for me that’s not my goal, unless it’s pissing down with rain, then forget the fluffy stuff, just head for home.’ 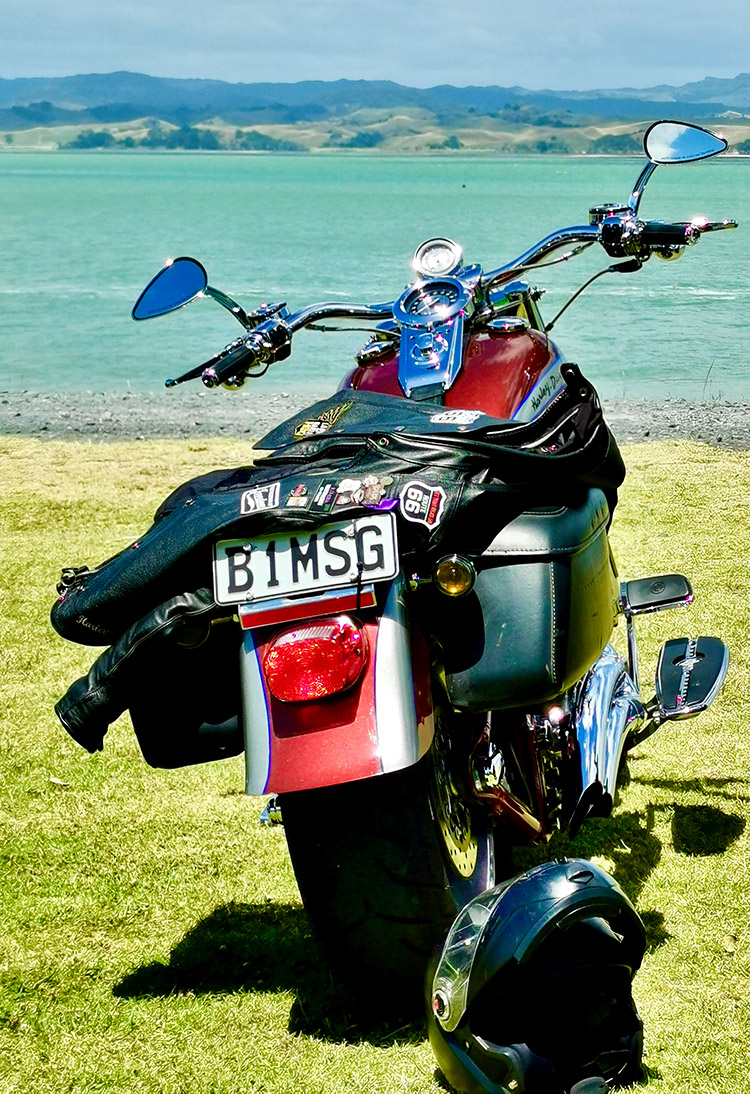 Leigh-Ann has always had a love of motorbikes, but whānau and work commitments meant motorbikes weren’t a priority.  In 2008, her world was shattered into a million pieces and she found herself out of the family business, no income and had to move from the South Island back to the North Island. 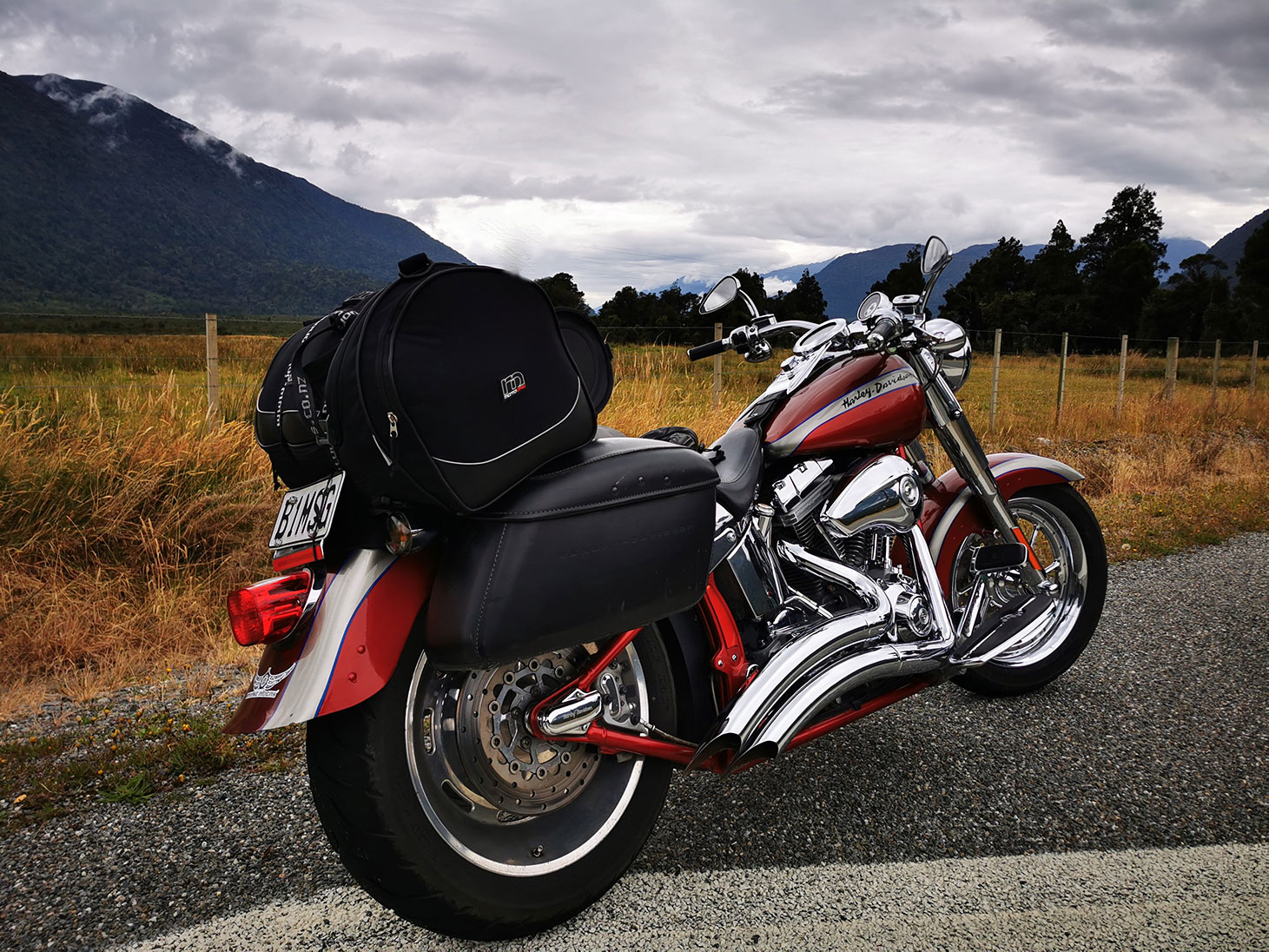 Bundling her three youngest children, two dogs into an unregistered car, they drove for two days to her whānau to restart her life.  Situations like that can just make you stronger, as once she was back on her feet, she set a successful business.  She found she could look after herself without depending on a partner. Leigh-Ann now runs a great little holiday-home cleaning business with an add on of garden and lawn maintenance.  She loves the client base and has only herself to answer to. 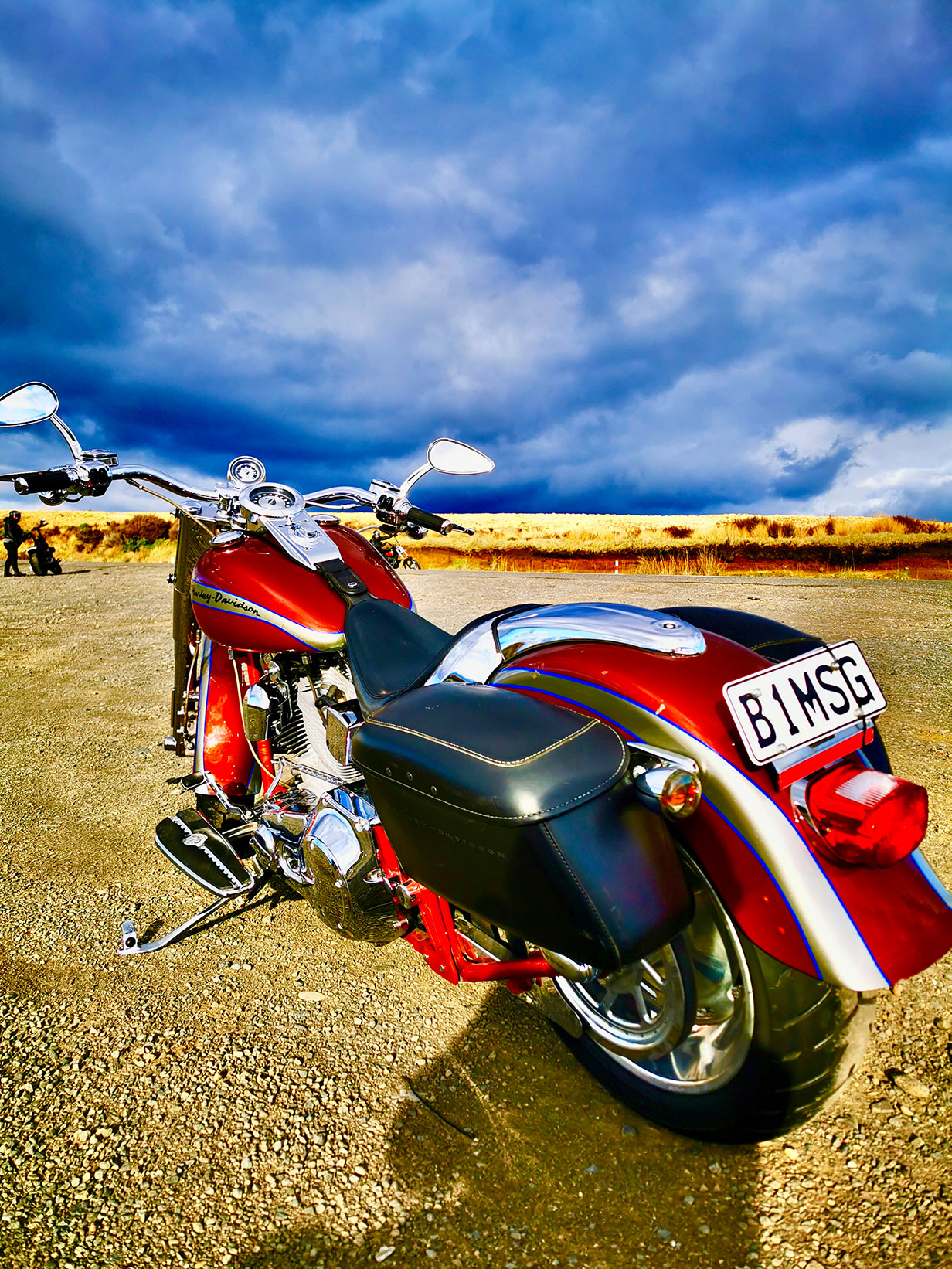 When COVID hit, the international tourism came to screaming halt.  So, thinking outside the square, she developed a simple idea to help other businesses stay afloat and for motorcyclists to enjoy getting out and about. She formed OTBT2021, Off The Beaten Track. It was formed as a fun way to see New Zealand, using an old school passport, paperback not digital and off the beaten track places to visit. While it’s only in New Zealand at the present, there are plans to spread across the ditch… so watch this space. 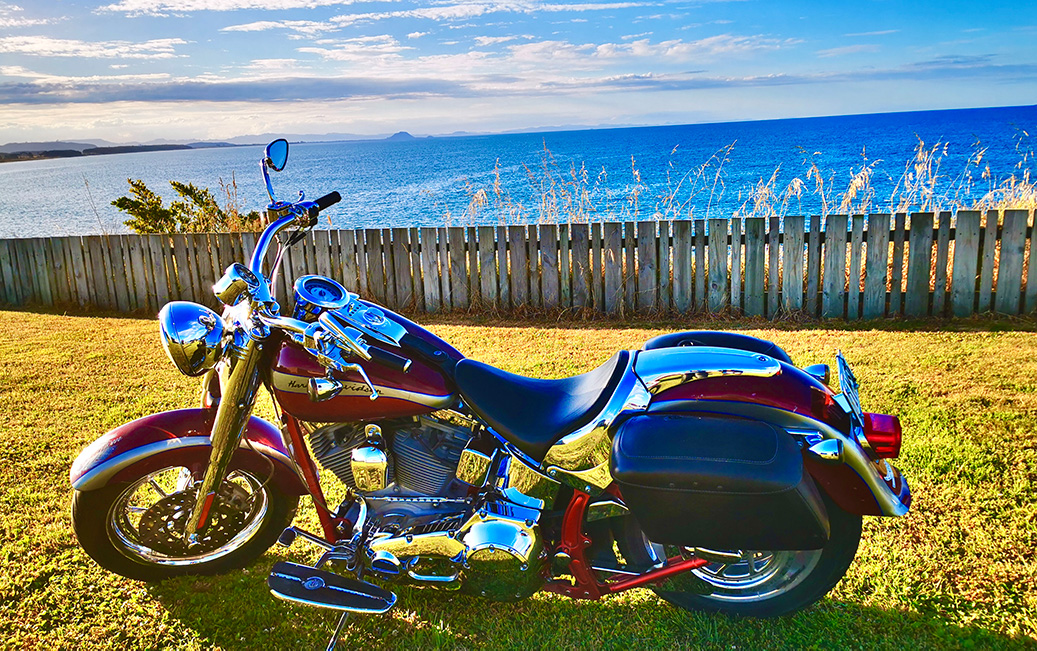 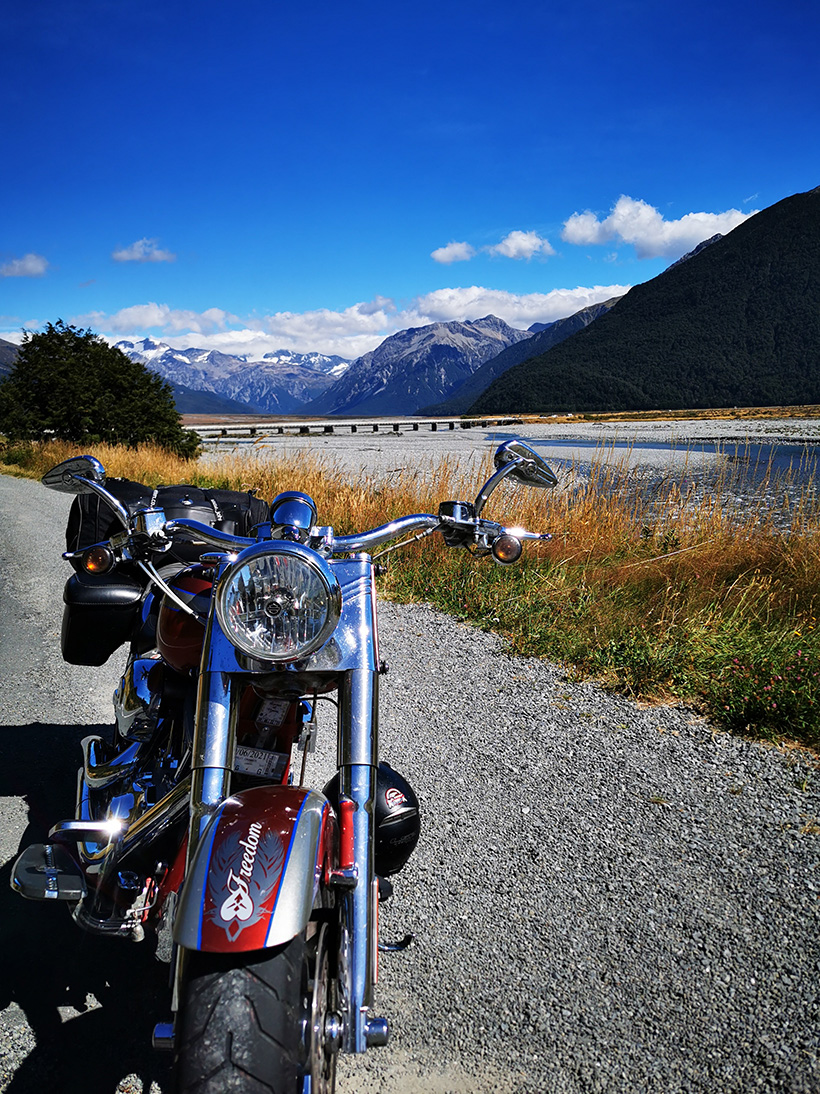 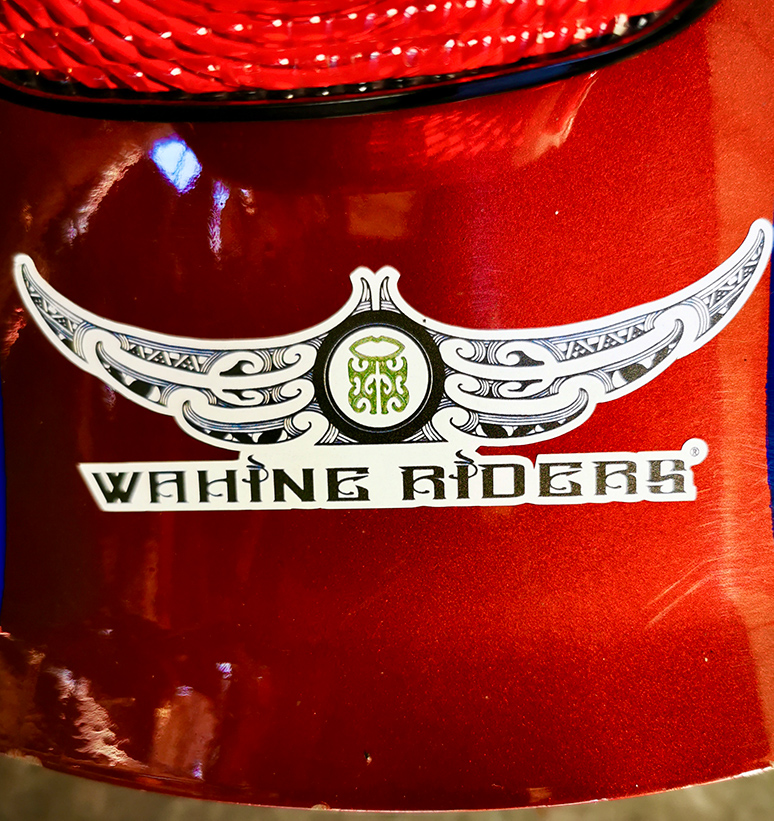 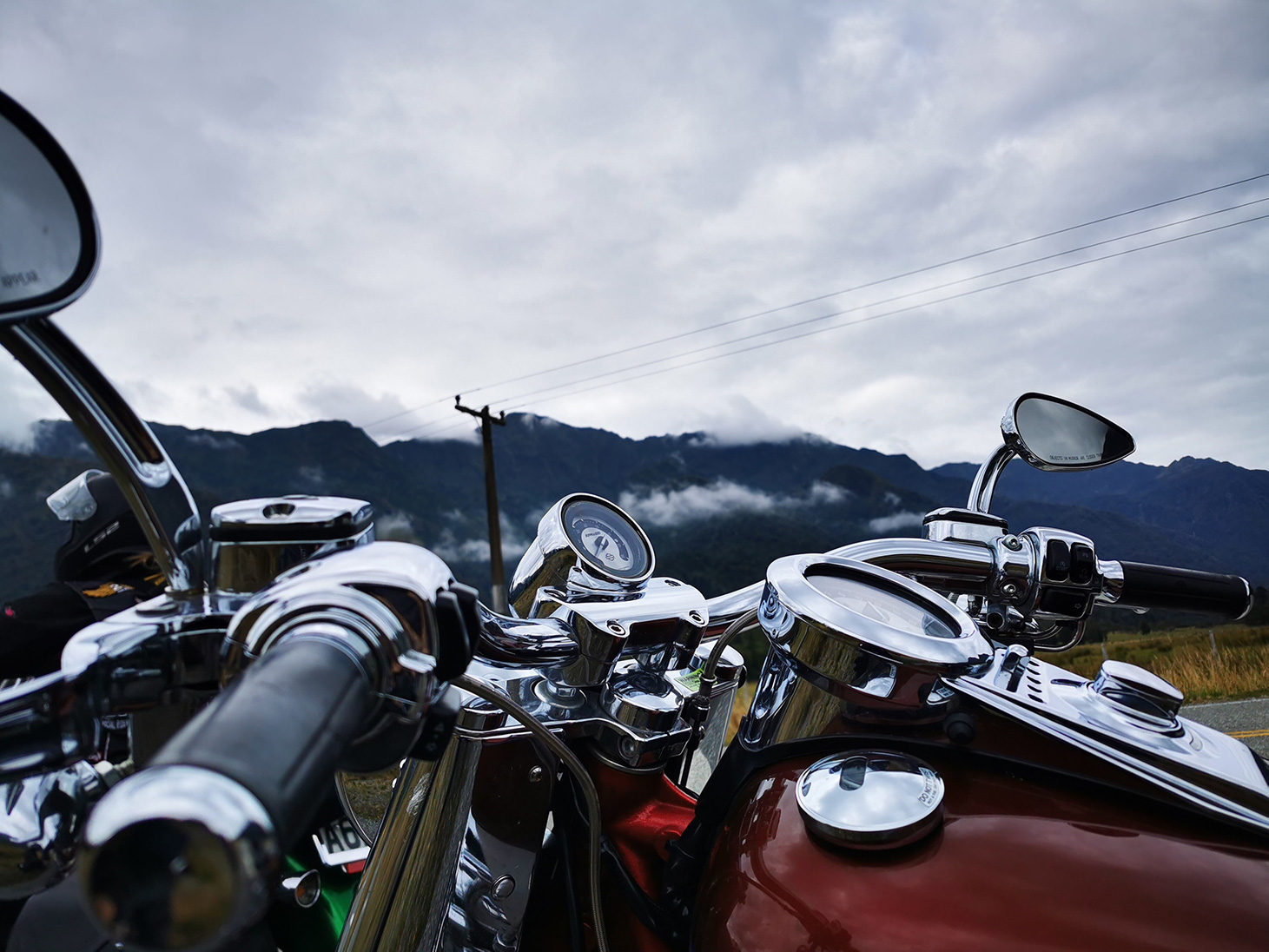 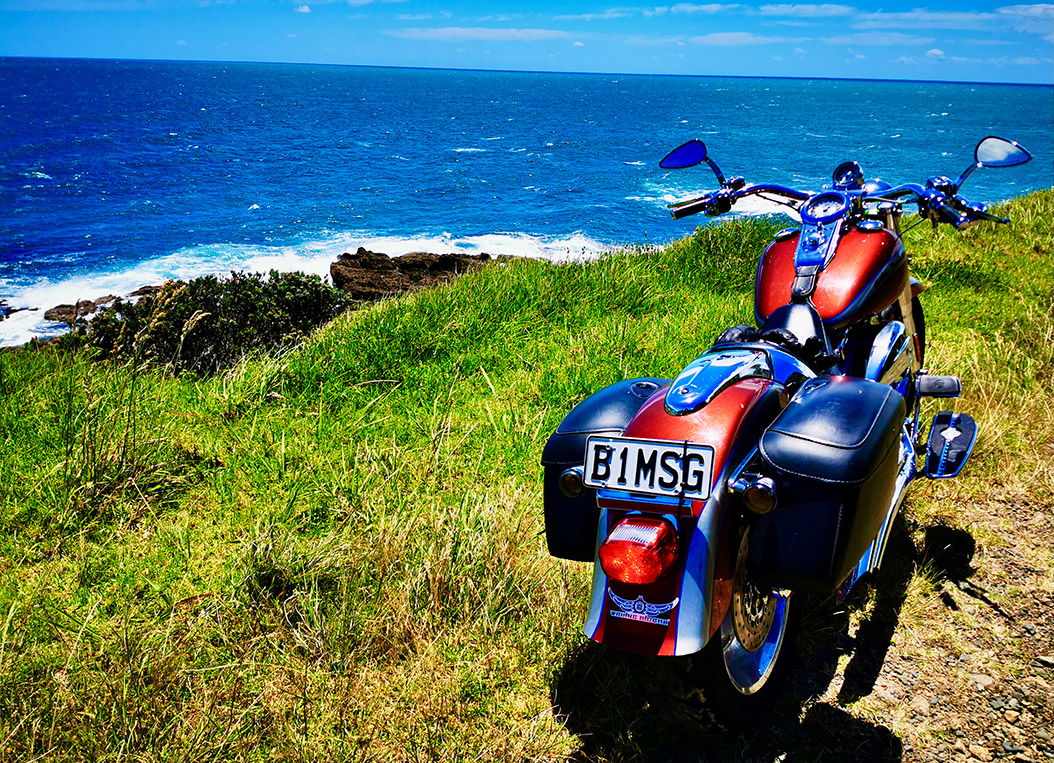 We are developing as we grow, a work in progress… with our reader’s support, we’ll learn what you’d like to see and discuss… so expect continual upgrades to the website. Thank you for your support,