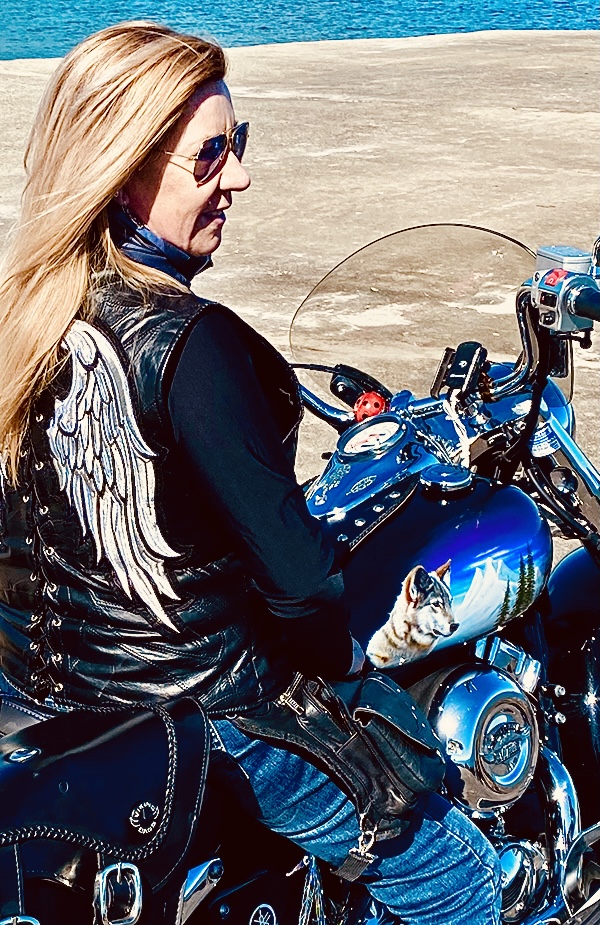 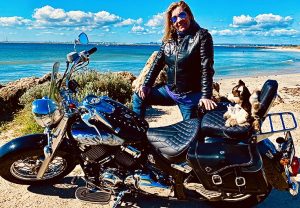 I’m Caz from Western Australia, have just turned 60 and for the last few years I’ve been riding a 2013 Yamaha V-Star 650 cc lovingly called BERT13. He is named after my Uncle Bert and the day of my mum’s birth. 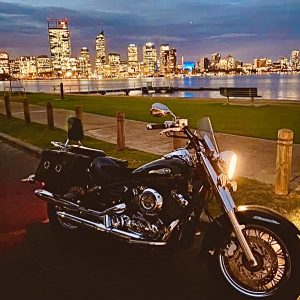 I learnt to ride in my 20s on a Suzuki GN250 though I was a bit naughty as it wasn’t until a few years later that I applied for my license, after buying a Yamaha SR250…

Back in those days, we could take our dogs on the tank, so I had a little terrier called Willy and I trained him to stay on the tank with a harness attached to me. I soon became known as Caz, with her strap on Willy. 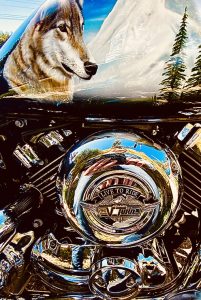 After a few years, I sold the Yamaha SR250 as other things in life took over. I hadn’t realised 14 years had passed by without any bike interest until one night, I had the most vivid dream where I was riding again. I woke up feeling so happy, I went straight out and bought a Suzuki 250 Intruder. I named this one Gerty, which I loved riding as much as I could; I even started a little group called The Intruders, meeting some lovely ladies along the way, which I am blessed to have as wonderful friends.

I never thought I would part with Gerty until I saw the Yamaha V-Star and it was love at first sight!

BERT13 is the biggest bike I’ve ever ridden; he feels so powerful and thrilling and I ride with the biggest smile on my face. 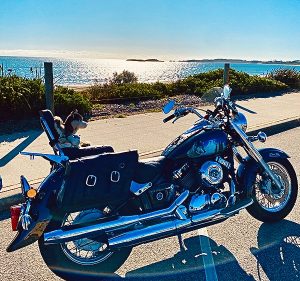 I have an absolute love for wolves, which I’ve used as the theme to customise him; the artwork was done by Tony at Hell Fire airbrushing. My seat upholstery was done by Lorenzo from Poli motor trimming. I now have my stamp on him and just love the overall look.

My current dog is called Lenny and he goes on the back in his carrier, which he loves.

I have met so many wonderful people through riding, especially the friendships I have formed with women through riding… I am a member of many lady’s groups and also founded The Wolf Pack.

Every chance I get I’m out there riding somewhere with my friends around wonderful Western Australia.

I love shopping for bike gear and have too many jackets and vests, one is adorned with patches that have been collected from various events. 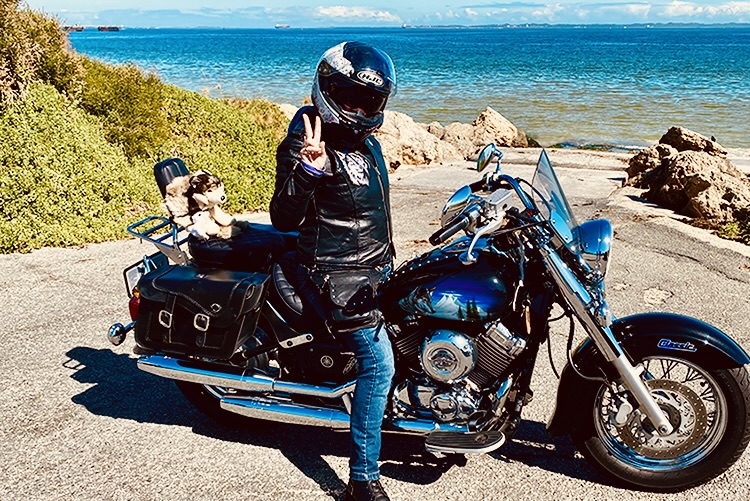 I bought BERT13 from 5 Star Yamaha where I have him serviced also.

Thanks Caz for sharing, we love seeing our readers experiencing their extraordinary… so please share this with your friends and email through any stories and feedback so we can showcase more amazing wāhine with their rides.